It’s hard not to feel nostalgic when you see something beautiful from the past. Even when that thing has been abandoned and seemingly long forgotten, seeing it can bring back treasured memories from years ago.

Las Vegas locals are likely struck with that nostalgic feeling when someone says the words “Wet n’ Wild,” as that used to be the name of an amazing amusement park that was a favorite weekend destination for many.

Wet n’ Wild captivated locals and tourists for nearly 20 years, and it provided a refreshing reprieve from the desert heat of Las Vegas.

The park was 27-acres in size which is ginormous. No wonder it was a favorite for so many Vegas folks, there were tons of fun things to do there! It’s located on the north end of the Las Vegas Strip, and it’s quite a sight.

The park opened in 1985 and to the dismay of many, it came to a close in 2004. This photo was taken in that last year of business, and it accurately displays how large the park really was.

Some of the people’s favorite memories from Wet n’ Wild likely include taking the wild ride down the Raging Rapids or bouncing on the Bubble Up ride. They could also be taking on the huge Der Stuka slide which challenged you to make it to the bottom of the slide with your bathing suit still on.

Some memories are unpleasant yet still warmly nostalgic, like carrying the unreasonably heavy yellow rafts to the top of the Bonzai slide, which felt as tall as Mt. Everest when you made the climb. If you went to the Wet n’ Wild then you were likely a strong lad from doing so much climbing and carrying, but that didn’t make it any less fun!

If you lived in or visited this Las Vegas treasure in the 80’s or 90’s, then you won’t want to miss this amazing footage captured and shared on Youtube by user GrowinUpInSinCity81. From the music to the different ride clips, it’s sure to transport you back to the Wet n’ Wild days.

Watching that is a huge blast from the past, and we’re betting anyone that enjoyed a similar experience at Wet n’ Wild would trade it away for anything! The park created some amazing memories for Las Vegas kids, teens, and families as well as all the visiting tourists.

The video has almost 30,000 views on YouTube and countless comments sharing how much the park is missed and reminiscing about the different rides. It’s always sad to say goodbye to such a fixture, but it’s nice to at least have a video reminder of what the good ole’ days were like.

Is there somewhere you loved visiting as a kid that’s been closed down? If so, you know how we feel! Share your story in the comments below, and let us know if you ever had the chance to go to the Wet n’ Wild in Vegas! 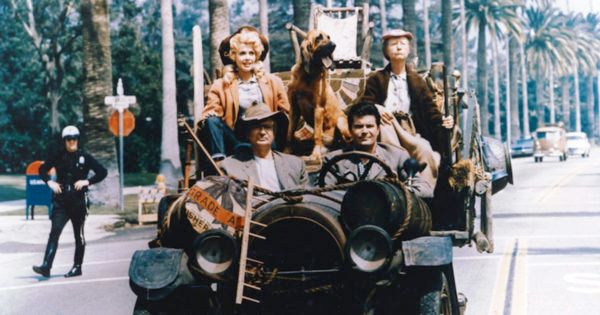 Incredible Facts From ‘The Beverly Hillbillies’
Though it wasn’t always well-received by critics, The Beverly Hillbillies stands as not only one of the most popular shows of the 1960s, but one of the most popular in all of ...
click here to read more
Advertisement - Continue reading below
Advertisement - Continue reading below
Share  On Facebook

The Mighty Ducks: Then and Now