A fat-shaming airline passenger is under fire thanks to a viral video that shows her viciously ripping a fellow flyer.

The clip, visible below, was filmed by nurse Norma Rodgers after she overheard the passenger sitting next to her complaining that she was sitting between two plus-sized passengers. In the video, the unnamed fat shamer is heard saying insulting things, including, “I don’t know how I’m going to do this for the next four hours. This is just impossible, ’cause they’re squishing me … I can’t breathe, I’m so squished … I’m stuck, but at least they’ll keep me warm.”

At that point, Rodgers flagged down a flight attendant.

“Excuse me,” she said. “Can you find her another seat? Because I will not be verbally abused by this b**** or anybody else.”

“I can’t sit here because they’re both so big,” the shamer responded. “Left and right. I can’t even sit here.”

The flight attendant offered to find the woman a new seat, and as she was getting up, she muttered to Rodgers, “I eat salad.” Rodgers fired back with “B****, kiss my fat a**, okay?” In addition, the woman began snapping back at other passengers, telling them she’s “not PC” and challenging another to “sit between those two big pigs.”

Unbeknownst to the fat shamer, one of the passengers she quarreled with was celebrity Jonathan Fernandez, of Love & Hip Hop: New York fame.

“I was appalled and I felt angry.” Fernandez told Inside Edition. “…There are so many ways to go about this, and I just hate that no one was kinda saying anything, so I couldn’t hold it in and was like, ‘You’re disgusting! You’re disgusting!'”

At that point, the crew decided to remove the woman from the flight, which was heading from Las Vegas to Newark, prior to takeoff.

United Airlines later issued a statement that read, “United flight attendants acted quickly to find a different seat for the disruptive customer. When it became clear that this passenger’s behavior was likely to be problematic on this flight, she was provided alternate travel arrangements first thing the next morning.”

Was United right to kick the fat shaming airline passenger off the flight, or should Rodgers and the other passengers have just ignored her rantings? Be sure to SHARE this piece on social media and let us know what you think. 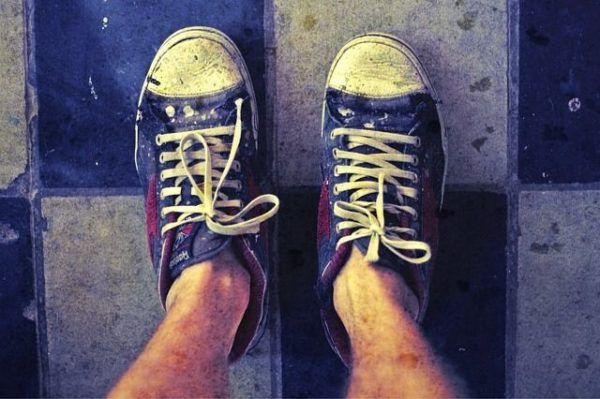 These Uniquely American Habits Are Actually Really Weird
Every culture has its weird quirks, and America is no exception there. For example, why are we so overly gregarious all the time? And why do we ALWAYS tip in ...
click here to read more
Advertisement - Continue reading below
Share  On Facebook

Newly Discovered Titanic Photos Reveal Why It Sank So Quickly