For years, conspiracy theories have swirled across the internet about an alleged plot by the U.S. government to purposely bring down the World Trade Center’s Twin Towers on Sept. 11, 2001. But one man, a blacksmith no less, is hoping to lay at least one of the “moronic” conspiracy theories to rest: the one about how jet fuel can’t possibly melt steel beams.

In a video uploaded to YouTube, Purgatory IronWorks blacksmith Trenton Tye presented a demonstration to show that though jet fuel might not completely melt steel beams, that’s no reason to believe a conspiracy theory suggesting the government blew up the towers on purpose.

The conspiracy theory in question suggests that fuel from an airline jet burns at 1,500 degrees, while steel melts at 2,700 degrees. Thus, as the conspiracy goes, it would have been impossible for the towers to come down simply from the jet fuel burning after the crash. Something else much hotter would have had to melt the steel beams, right? The conspiracy concludes that the U.S. government must have used some kind of explosives that would burn hotter to bring down the towers. Tye disagrees. He demonstrates in the video how structural steel doesn’t need to completely melt to become, as he says, “like a noodle.”

Tye adeptly shows how a piece of industrial steel heated to 1,800 degrees – 900 degrees below its melting point – will bend incredibly and move very much like a piece of spaghetti soaked in water, which reveals that steel in the Twin Towers would easily bend beneath the immense weight of the structures before crashing down.

Since it was originally published, more than 11 million people have watched the video. Whether the video will ultimately help relieve the world of such a ridiculous conspiracy theory is yet to be determined, but hopefully at least a few people out there will stop with all the unsubstantiated nonsense. Now, we only have to take care of the other 15 or so conspiracy theories.

Be sure to SHARE this video with anyone who may need a lesson in metallurgy. 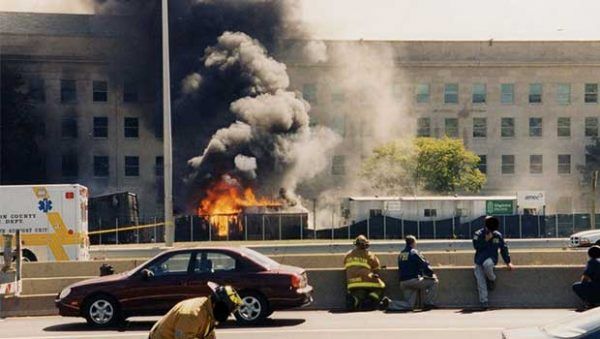 The Greatest Western Films of All-Time, and What Made Them so Revolutionary