More often than not, traveling is supposed to be a joyous, fun-filled experience. It’s time to cut loose, cross some places off your world-tour bucket list, and make some memories! But before you can do any of that, you probably have to catch a flight. And for many, that’s where the headache can start.

If you feel like flying is just getting more and more expensive, while also becoming more and more of a hassle — even a trauma — you absolutely are not alone. Not only are the airlines aware of the stresses they’re causing you, but it’s pretty fair to say they don’t care. There’s even a term for it — calculated misery. They intentionally make traveling without the bells and whistles difficult to get you to pay more.

In the meantime, you can at least be aware of the ways they are slowly milking you for all you’re worth. Below we’ve outlined the top four ways that airlines are charging you more for the basic features to which you’ve grown accustomed. Some airlines charge you a fee for practically everything, but the fees listed below are the most common. In fact, they’re even becoming the norm.

Most major airlines offer some form of priority boarding, charging you extra to board the plane earlier in the process or check in early. Sure, this sounds nice, but is it really necessary? If you have a real concern (disability, small children, need extra time for some other reason), you can already board first for free. And no matter when you step onboard, the plane will still take the same amount of time to board, so is it worth shelling out the extra money? We think not.

You know what is worth the money? Paying to check your bags so you can sit back and not worry about whether or not there will be room for your carry-on when you board late in the process. With no bags to worry about and a seat with your name on it, there’s no reason to rush — or stress.

Speaking of having a seat with your name on it… While we agree that it’s insane and predatory that many airlines have started charging you extra for tickets that carry the privilege of choosing your seat, it’s one of those fees that we’re just going to swallow. If you don’t mind your toddler sitting in an aisle seat rows away from you, or being trapped in the middle seat for a transcontinental flight, then by all means be the holdout and hang on to those extra bucks.

That being said, on very rare occasions, not having a seat selection has been known to work in a passenger’s favor. Sometimes, instead of being assigned the pesky middle seat when you show up to the gate seat-less, you could be lucky enough to score an upgrade. We’re not willing to play that kind of airline roulette, but you do you.

Paying extra for more legroom wouldn’t be so bad if the airlines weren’t so disrespectful about it. You see, you aren’t really paying extra for “more” legroom. You’re paying extra for the same amount of legroom you used to get for free before plane remodels and corporate greed got ahold of the cabin design. Some airlines, like JetBlue, already give passengers a pretty good amount of legroom, so unless you’re particularly tall, you probably don’t need to upgrade. On the other hand, Delta’s basic cabin seats are almost unbearable for anyone who isn’t a hobbit. So you’ll probably want to spring for the extra room if you can. Maybe it wouldn’t be as bad if the seats didn’t extend as far backward as they do. (Hey, sir, are you enjoying sitting on my lap?)

You used to be able to count on getting a complimentary checked bag (or two!), plus a couple of carry-on items. The airlines mostly did away with that whole free checked bag thing for regular Joe’s (at least on domestic flights) years ago. We were distraught and surprised, but we got over it. And then they started to charge more and more for less and less, slowly doing away with such complimentary perks as snacks and then dangling them above your tired, poorly oxygenated body for a fee. We gripe and groan, but we take it.

But charging us for the supposed-to-be-free-forever carry-on baggage is just too much! Trying to compete with budget carriers, such major airlines as American Airlines and United are now charging customers for carry-on items.

Sure, it’s disguised as them offering more ticket tiers with “something for everyone.” But let’s call a spade a spade. The basic class of tickets offers no carry-on baggage, no checked baggage, slow boarding, abysmal legroom, and depending on the airline, not even a wee little bag of pretzels. You’re paying dark chocolate-covered macadamia nut prices and not even getting peanuts.

If you’re holding out for some benevolent reform, you’ll probably die waiting. But knowledge is power, so the next time you’re budgeting for a trip, keep these ridiculous fees in mind. Everyone is different, so you’ll have to weigh your comfort against your wallet — and maybe even your principles. 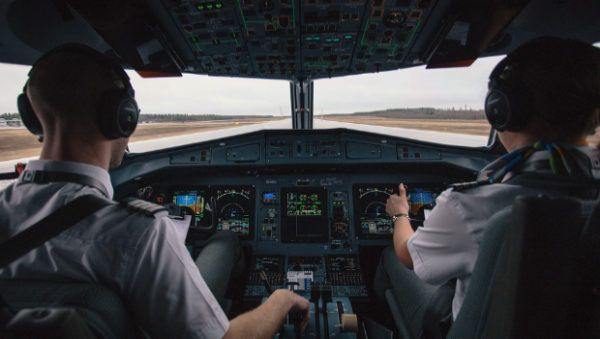 20 Insane Stories From Pilots and Flight Attendants
Everyone has a crazy story about a flight experience. We hear about people meeting celebrities, dealing with terrifying turbulence, and entertaining tales about what happened during their flight delays. And ...
click here to read more
Advertisement - Continue reading below
Share  On Facebook

Arnold Schwarzenegger and Maria Shriver: The Good and Bad of Their Relationship