(Reuters) – An African general who served as Guinea’s transitional president for a year after a military coup, Sekouba Konate, avoided being sentenced to a U.S. prison on Friday for smuggling thousands of dollars into the United States.

U.S. District Judge Gerald Lee in Alexandria, Virginia, fined Konate $5,000 and ordered him to forfeit $64,770 that had been seized, after the general pleaded guilty in December to charges of bulk cash smuggling and false statements.

Federal prosecutors had sought three years in prison. Steven Duckett, a lawyer for Konate, said by telephone the sentence reflected his client’s work in Africa and his remorse.

Known as “El Tigre” for his ferocity in battle, Konate was interim president of Guinea in 2010, and starting that December was general commander of the security forces of the 54-country African Union, according to court documents.

Prosecutors said Konate flew into Washington Dulles International Airport from Ethiopia in June 2013, and failed to declare $64,770 in U.S. currency, much of which was hidden in his luggage and discovered by customs agents.

At a court hearing in 2015, Christopher Hall, a special agent with U.S. Homeland Security Investigations, Immigration and Customs Enforcement, testified that the search was due to an agent’s suspicions about Konate.

Hall said that Konate had bought a “large amount of properties,” and the agent “had received information that there was possible public corruption when General Konate was president of Guinea.”

Duckett said that he would be surprised if U.S. officials still thought there was evidence of corruption involving his client.

“If they had it, they would have used it,” he added. 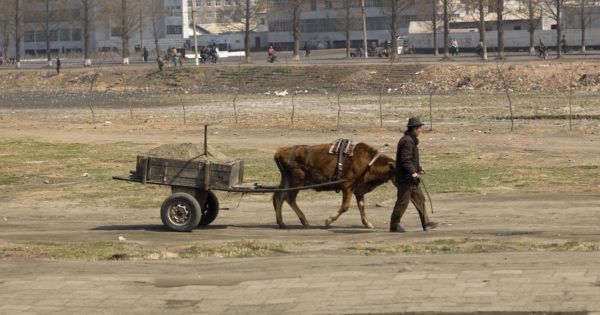 Quarantine Memes So Funny We Could Just Cry

The Most Hilarious Welcome Home Signs Spotted at Airports

The Juiciest Celebrity Love Triangles to Ever Grace the Tabloids