In 1959 Ducati and its US distributor, Berliner Motor Corporation, were struggling to attract customers while Harley Davidson was engraining itself further into US pop culture.

The companies wanted to find a way to increase sales with a guaranteed market. They realized that police departments all over the US would be a great target for a state-of-the-art police motorcycle.

Berliner said he decided to send two Harley-Davidsons to Italy for designers to examine closely. Those examples led to the beautiful looking 1964 Ducati Berliner 1260 Apollo.

Ducati was commissioned to produce two prototypes and two extra engines as spares. Only one of the bikes is still in existence today.

Fabio Taglioni was told to build a bike that was bigger than any current model Harley-Davidson and built to US police specifications.

Taglioni thought the best approach would be an air-cooled 1257 cc 90° two-valve head V4.

He accomplished his build by using an 180-degree crankshaft with roller bearing big ends. The crankshaft was then fitted into a horizontally split wet sump crankcase with a center main bearing support. It was built with an 84.5 mm bore and a 56 mm stroke. Valve actuation was created with pushrods and rocker arms.

The bore was 84.5 mm, and the stroke 56 mm. Valve actuation was realized with pushrods and rocker arms.

The Apollo featured a five-speed transmission in an attempt to beat out most four-speed bikes on the road at the time.

Ceriani would create the suspension package and used shocking front and rear single leading shoe 8.675 in (220.3 mm) drum brakes. That meant the bike had an enormous stopping range — not great for a civil bike, let alone a police cruiser.

When Franco Farne test drove the 100bhp (75kW) bike at 7000 rpm and a top speed of 120 mph, he said it “handles like a truck.” It was evident that even special made tires couldn’t handle the power of the bike.

The tires were disintegrating at incredible speed and the test rider said it was “a miracle” that he even survived the bikes first road test.

The Next Road Tests

To save the tires from falling apart mid-chase the bike was detuned to 80bhp (60kw). The tires continued to fall apart. The engine was then detuned to 65 bhp (48 kW) and the tires had finally hit “acceptable” levels of deterioration.

When the bike showed up in public for the first time at Earls Court, London motorcycle show, fans in attendance raved about the bikes 1,260 cc four-cylinder engine. Unfortunately, there was limited market interest so the Italian government pulled funding for the project.

Too Much Tech, Too Early

Sadly, had tire technology had been improved, it could have been the best superbike of its time.

A second prototype, the Dell’Orto SS 1 carburettors, was played on display at the Ducati factory museum in Bologna.

The 1964 Ducati Berliner 1260 Apollo was ahead of its time and these days Ducati tech is revered in its industry, so not all was lost when this bike failed to arrive at mass market. 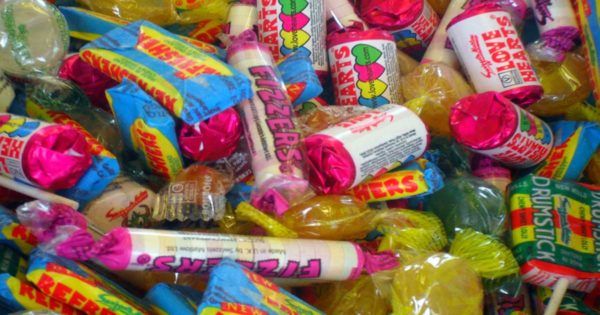 Do You Remember These Nostalgic Candies From Your Youth?
Is there anything that brings you back to your childhood faster than taking a bite out of your favorite adolescent candy? Does the crinkling of a Warheads wrapper bring back ...
click here to read more
Advertisement - Continue reading below
Advertisement - Continue reading below
Share  On Facebook

Where Are the Stars of the ‘Harry Potter’ Films Today?

Here’s What You Need to Know About Shingles