(Reuters) – Director, producer and writer Garry Marshall, who was responsible for creating sitcom hits such as “The Odd Couple” and “Happy Days” and directed hit movies “Pretty Woman” and “The Princess Diaries,” died on Tuesday, Variety reported.

“The Odd Couple,” a hit sitcom created and produced by Marshall, began a five-year run on ABC in 1970. The show, starring Jack Klugman and Tony Randall, received Emmy nominations and wins for the comedy series based on Neil Simon’s play about two divorced men with different lifestyles who are forced to share an apartment.

Marshall’s “Happy Days” debuted as a television series on ABC in 1974, starting a 10-year run that saw Henry Winkler’s “the Fonz” become what Variety described as a cultural touchstone.

Marshall was the older brother of Penny Marshall, who played the unrefined but lovable Laverne DeFazio on “Laverne & Shirley,” a “Happy Days” sequel he co-created that ran on the ABC network from 1976 to 1983. It followed the lives of two single women and their nutty friends in 1950s and ’60s Milwaukee.

He also directed “Pretty Woman,” a big screen blockbuster in 1990 starring Julia Roberts and Richard Gere that grossed $463 million worldwide. Roberts earned an Oscar nomination for best actress and the film was nominated for a Golden Globe for best comedy/musical.

“The Princess Diaries,” “Beaches” and “The Flamingo Kid,” were among other popular films Marshall had a hand in putting on the big screen. 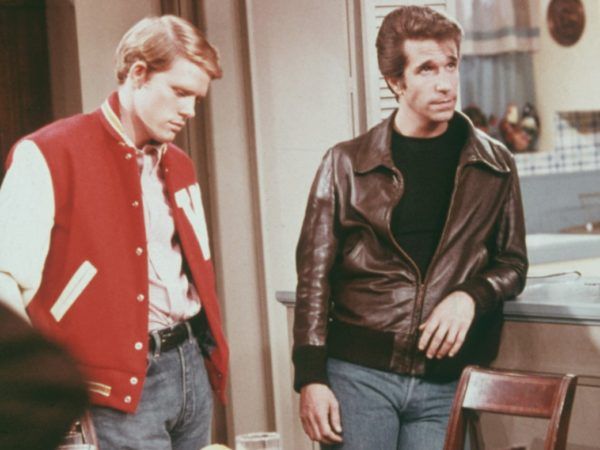 ‘Happy Days’ Facts You’ve Never Heard Before
Since its 1974 premiere, Happy Days has been one of the most iconic American sitcoms of all time. The series’ nostalgic look at the 1950s proved to be perfect for Americans ...
click here to read more
Advertisement - Continue reading below
Share  On Facebook

Can You Name These Famous Golfers From Their Photos on the Course?