(Reuters) – Visa Inc filed a lawsuit against Wal-Mart Stores Inc on Wednesday, claiming the retailer secretly began testing a protocol that eliminated the need for signature verifications for transactions paid for with a Visa debit card.

The lawsuit comes about a month after Wal-Mart had sued Visa saying the payments network operator was resisting the use of personal identification numbers (PINs) by customers for purchases made on debit cards at Walmart stores.

Visa said Wal-Mart did not disclose the PIN-only policy to Visa and noted a significant drop in debit card transactions at Walmart stores as well as customer complaints on their inability to use their debit cards at Walmart stores without a PIN, according to a filing in a New York court.

“Instead of complying with the terms of the commercial agreement that the two companies negotiated and agreed to in 2015, Walmart is attempting to avoid its obligation to provide a signature option for their customers when paying with a Visa debit card,” Visa said in an e-mailed statement.

Wal-Mart disagreed with the allegations.

“We have rightfully insisted on the use of PINs for debit card transactions in our stores, while Visa has continued to demand the more fraud-prone signature verification which is more profitable to them,” Wal-Mart spokesman Randy Hargrove said.

Wal-Mart and other U.S. retailers have pushed their payment partners to allow customers to use PINs instead of old-school signatures in a bid to prevent counterfeit card fraud.

However, banks and payment network operators are favoring the use of chip cards verified by signatures and see no need to invest further in the more expensive PIN technology.

Wal-Mart has taken away the consumer’s right to choose which payment form they want to use, Stephanie Ericksen, Visa’s vice president of global risk products, told Reuters last month.

(Reporting by Subrat Patnaik and Sudharshan Varadhan in Bengaluru and Nandita Bose in Chicago; Editing by Savio D’Souza) 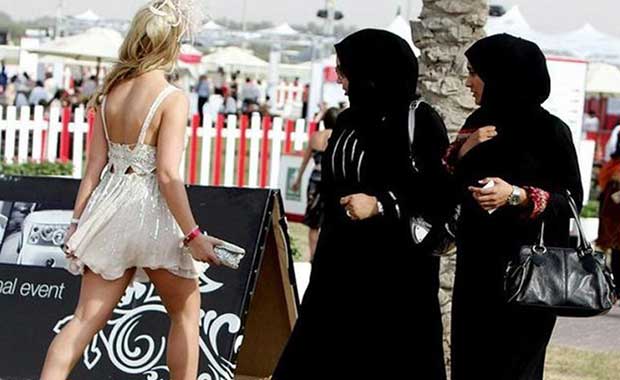 Weird Things That Only Happen in Dubai
Listen, it’s no secret that wealth creates a lavish lifestyle full of extravagant things. From popping bottles of champagne to casually feeding your pet cheetah… This is anything but unusual ...
click here to read more
Advertisement - Continue reading below
Share  On Facebook