By Joseph Ax and Jonathan Stempel

(Reuters) – New England Patriots star Tom Brady on Wednesday lost a bid to have a U.S. appeals court reconsider his four-game suspension, in what could be the quarterback’s last chance to avoid punishment over the “Deflategate” scandal.

The 2nd U.S. Circuit Court of Appeals in New York said it would not review its April 25 decision to reinstate Brady’s suspension by the National Football League over deflated footballs.

If it stands, the suspension imposed by NFL Commissioner Roger Goodell would force Brady, who turns 39 next month and was twice the league’s most valuable player, to miss the first four games of the season beginning in September.

It would also end an 18-month saga that had become a major distraction for the NFL, which also faces criticism over player safety and the link between football and concussions.

The request for a rehearing by Brady and the National Football League Players Association had been considered a long shot because the appeals court rarely grants them.

Brady can still appeal to the U.S. Supreme Court, but it accepts to review only a small fraction of cases it considers.

The players union in a statement said it was disappointed by the order and will review its legal options, while maintaining that there were “clear violations” by the NFL and Goodell of their collective bargaining agreement.

“Despite today’s result, the track record of this League office when it comes to matters of player discipline is bad for our business and bad for our game,” the union said. “We have a broken system that must be fixed.”

Representatives for the NFL and Brady did not immediately respond to requests for comment.

Brady was suspended after the NFL discovered underinflated footballs were used in the Patriots’ 45-7 rout of the Indianapolis Colts in the January 2015 AFC championship game.

The win propelled the Patriots to Super Bowl XLIX, where they beat the Seattle Seahawks, giving Brady his fourth title.

Brady was suspended after a lawyer hired by the league to investigate said the quarterback had been “generally aware” that two Patriots employees had conspired to deflate the footballs, which could make them easier to grip.

The quarterback has denied involvement.

Goodell upheld the suspension in July 2015, prompting a lawsuit from the players union asserting that he overstepped his authority.

A federal judge threw out Brady’s suspension, allowing him to play the entire 2015 season.

But in a 2-1 decision on April 25, an appeals court panel restored Brady’s punishment, saying Goodell had broad discretion under the league’s collective bargaining agreement with its players to resolve what it called an “intramural controversy.”

Wednesday’s order rejected Brady’s motion to have the panel or the entire appeals court reconsider the case.

The NFL countered that its agreement with the union gave Goodell expansive power to discipline players.

Brady drew support for his appeal from many parties, including the Patriots, mediator Kenneth Feinberg, and even a group of physics and engineering professors who said deflated footballs were a normal part of the game. 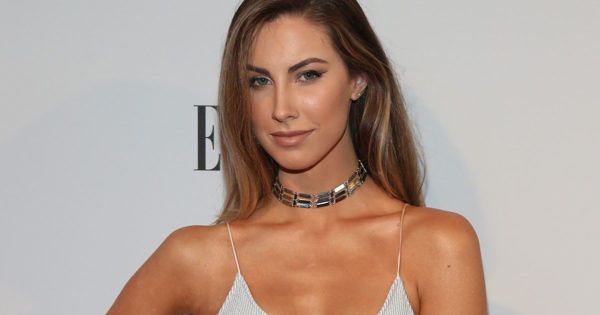 The Most Beautiful Wives and Girlfriends of Athletes
It’s not enough that athletes are rich, famous, and paid to play sports for a living. No, they have to get the most beautiful women on Earth too, right? It ...
click here to read more
Advertisement - Continue reading below
Share  On Facebook