LOS ANGELES (Reuters) – Pop star Kesha is not allowed to perform at the Billboard Music Awards after her record label rescinded its approval, the show’s organizers said, following the singer’s failed legal bid to scrap her recording contract with Sony Music and producer Dr. Luke.

Dick Clark Productions, the organizers of the Billboard Music Awards, said Kesha was initially given written approval by Dr. Luke’s label, Kemosabe Records, to which she is signed.

“Kemosabe subsequently rescinded its approval following a media report on Wednesday, May 11th regarding Kesha’s appearance on the BBMAs,” the organizers said in a statement on Tuesday.

Celebrity news outlet TMZ.com, citing unnamed sources, reported on May 11 that Kesha was planning a “statement performance” at the awards show that would be focused on “her ongoing legal battle with Dr. Luke” and “might even include images of him.”

Kesha, 29, said in an Instagram post on Tuesday that she had been “very excited” to sing “It Ain’t Me, Babe” as a tribute to Bob Dylan at Sunday’s televised Billboard Music Awards, and that her performance had no connection to her legal problems with her label or Dr. Luke, whom she has accused of sexual assault.

“I’m very sad and sorry to say I won’t be allowed to do this,” the singer said.

“I just wanted to make very clear that this performance was about me honoring one of my favorite songwriters of all time and has never had anything at all to do with Dr. Luke.”

Representatives for Dr. Luke and Kemosabe Records, a unit of Sony Music, did not immediately respond to Reuters’ requests for comment on Wednesday. Dr. Luke, whose real name is Lukasz Gottwald, has previously denied Kesha’s allegations of rape and emotional abuse.

Earlier this year, Kesha appealed a New York Supreme Court justice’s decision to not release her from a six-album contract with Sony, after the singer filed a sexual assault lawsuit against Dr. Luke in 2014.

The justice found that Kesha was free to record for Sony with other producers without interference from Dr. Luke, and that most of her claims did not constitute valid causes of action to nullify a contract under New York law.

The case sparked the #FreeKesha campaign on social media and the singer earned support from other artists such as Taylor Swift, Adele and Lady Gaga. 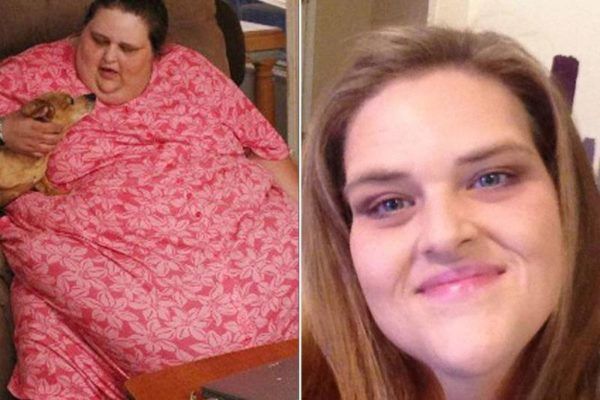 You Will Not Believe What These My 600-Lb Life Stars Look Like Today
My 600-Lb Life is an American Reality TV show that showcases people who weigh at least 600 lbs. The show depicts their journey to a “normal life” through eating healthy ...
click here to read more
Advertisement - Continue reading below
Share  On Facebook

Greatest Golfers: The Best Professionals to Ever Hit the Links