DETROIT (Reuters) – The NAACP has filed a federal lawsuit against Michigan and its governor on behalf of the residents and businesses in Flint, where high levels of lead in the drinking water has created a health crisis.

The civil lawsuit, which seeks class-action status, accused city and state officials and two engineering firms hired to evaluate water quality of failing to detect the problems or properly treat the water. It accused the defendants of negligence, inflicting emotional distress and violating the federal Safe Drinking Water Act.

The lawsuit was filed on March 31 by the National Association for the Advancement of Colored People in U.S. District Court in Detroit, but announced on Wednesday.

In addition to the state and Governor Rick Snyder, the lawsuit was filed against the Michigan Department of Environmental Quality, three former emergency managers with the city, two engineering firms hired to analyze the water and several other officials. Snyder has repeatedly apologized for the state’s poor handling of the crisis.

Ari Adler, a spokesman for Snyder’s office, said they do not comment on pending lawsuits.

The lawsuit seeks personal, property and punitive damages, and asks the court to compel the city and state to have Flint’s drinking water meet federal safety standards.

“The people of Flint have been harmed through the failure of state officials to provide professional and accountable basic services mandated by federal law and expected by any person living in a major city,” Cornell Brooks, the NAACP’s national president, said in a statement.

“Our organization stands with the citizens of Flint to demand a clear timeline, deadline and price tag for fixing this crisis as well as effective remedies for the harms that have already occurred and complete compensation for each and every victim of this unimaginable tragedy,” he added.

The NAACP said its attorneys filed the lawsuit for Flint residents and members of the local NAACP branch. The city of 100,000 is predominantly black.

Under the direction of a state-appointed emergency manager, Flint switched water supplies to the Flint River from Detroit’s system in 2014 to save money. The state has been criticized for its initial poor handling of the issue, which has resulted in numerous lawsuits.

The river’s corrosive water leached lead, a toxic element that can damage the nervous system, from the city’s water pipes. Flint switched back to the Detroit system last October. 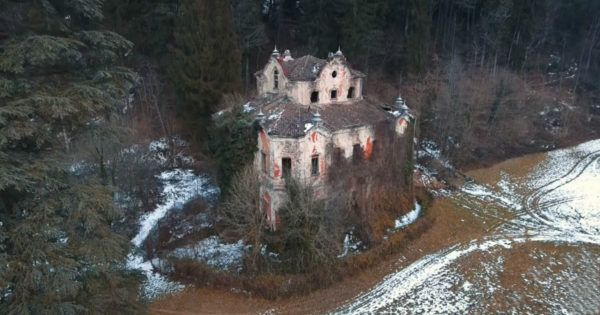 Stunning Abandoned Places Around the World
Long after humans leave the world, Mother Nature will still remain. And when she takes our place, things will change. That is the reason why abandoned places look so scary: We’re getting a ...
click here to read more
Advertisement - Continue reading below
Share  On Facebook

Delta cancels 25 flights, some due to bad weather

10 Foods to Avoid When You Have Acid Reflux