(Reuters) – Comedian Bill Cosby on Thursday dropped the remaining counts of a lawsuit he filed against one of the women accusing him of sexual assault, along with several others, claiming they violated the terms of a confidential settlement in another lawsuit.

The dismissal comes 10 days after U.S. District Judge Eduardo Robreno ruled that Cosby could not sue Andrea Constand, her mother, Gianna Constand, or her attorneys, Dolores Troiani and Bebe Kivitz, for speaking to investigators about her accusations.

Cosby filed the suit in February, accusing the Constands, the lawyers and American Media Inc., publisher of the National Enquirer, of violating the terms of a 2006 confidential settlement.

Robreno let stand Cosby’s other claims, including that Constand, a former Temple University basketball coach, violated the confidentiality agreement through posts she made on Twitter about the case and in comments to the Toronto Sun newspaper.

Those remaining claims were dropped in a two-page notice filed in United States District Court for the Eastern District of Pennsylvania on Thursday, according to online court documents.

Cosby, 78, faces accusations of sexual assault by more than 50 women. He has denied having non-consensual sex with any of them.

Constand’s allegations that he drugged and assaulted her at his Pennsylvania home in 2004 are the basis for the only criminal case against him so far. Most of the other alleged assaults occurred too long ago for the cases to be prosecuted.

The 2006 agreement stemmed from a lawsuit Constand filed against Cosby in 2005 over the alleged assault and a separate legal action she took against the National Enquirer for defamation.

(Reporting by Brendan O’Brien in Milwaukee, editing by Larry King) 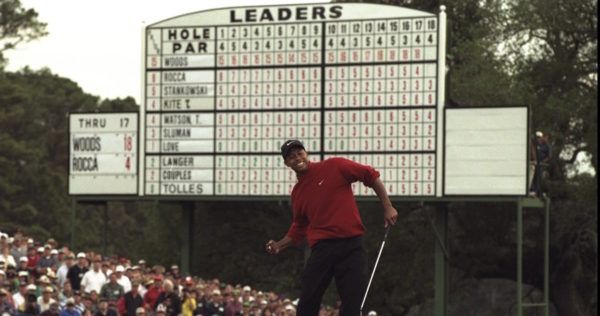 From Jack to Tiger: How Much Do You Know About the Masters' Modern Era?
Since the tournament was first played at Augusta National Golf Course in 1934, the Masters Tournament has become one of the premier sporting events in the United States. In recent ...
click here to read more
Advertisement - Continue reading below
Share  On Facebook

Donald Trump in His Youth: Rare Photos From His Childhood

The Most Legendary & Iconic TV Moments Of The Last 100 Years