Governor Alejandro Garcia Padilla has pushed to force hedge funds, mutual funds and other investors to take losses on the $70 billion Puerto Rico owes them because it cannot repay the debt in full. He says the island’s staggering poverty and lack of money to ensure basic services constitutes a humanitarian crisis. (Graphic: http://tmsnrt.rs/1PjZvh5)

Garcia Padilla, deeply unpopular with exhausted political capital, has dwindling allies among campaigning lawmakers now distancing themselves from him. They may adopt more creditor-friendly policies to counter his populist ideals, experts say.

The island’s election cycle is unique, with all posts decided on the same day every four years, making political campaigns especially heated. Election day, Nov. 8, is a holiday, and voter turnout averages more than 80 percent.

The governor will not seek a second term, and financial markets have never given him much credibility. His administration has yet to publish fiscal 2014’s audited financial results.

That has fed a perception of irresponsible government, and spurred PDP members to try to distance themselves from his administration.

The dynamic could play into the hands of creditors. Garcia Padilla set aside about $200 million in the fiscal 2017 budget toward the $800 million payment due on GO debt July 1, but Hernandez has said he will lobby to earmark enough to pay it all.

“There is a lot of lobbying here by bondholders, and one of the big issues is whether to include money to pay that debt in next year’s budget,” Sergio Marxuach, a San Juan-based economist, said in an interview.

A law signed in April, giving the governor authority to issue moratoriums on debt payments, could be scaled back, said Height Securities analyst Daniel Hanson, who follows Puerto Rico. “Our base case has been that the budget will be used as leverage to amend back parts of the moratorium,” Hanson said.

While these local fights play out, the U.S. Congress has been debating a bill that would pull Puerto Rico’s finances under federal oversight and allow the government to restructure its bond debt.

The governor, though never wildly popular, has had some success pushing his agenda. But lately the wheels have come off, even though his party has controlled the House and Senate since 2013.

Key party leaders, like Hernandez and former Secretary of State David Bernier, the PDP’s gubernatorial candidate, have openly criticized him.

Garcia Padilla’s own economy minister, Alberto Baco Bague, publicly questioned the legitimacy of the humanitarian crisis, telling local media in May the narrative was a political “strategy.” Baco declined to comment for this story.

Last week, in a boon for businesses, the legislature repealed a new round of tax hikes on professional services, the same bill it had approved just last year on the strength of Garcia Padilla’s message of financial desperation.

Adding to the chaos, a group of Puerto Rico creditors sued Garcia Padilla’s administration over the legality of the debt moratorium, despite having signed an agreement barring lawsuits while sides negotiated a restructuring. The move reflected ever-growing acrimony between the government and its creditors, Hanson said.

A spokeswoman for Garcia Padilla’s office had no immediate comment.

Like Baco’s criticism, much of the internal discord turns on whether there is actually a humanitarian crisis. But while that argument may be losing political steam, it should not be disregarded, Marxuach said.

The message has resonated with Democrats in Washington, including U.S. Treasury Secretary Jack Lew and Rep. Raul Grijalva, who made separate visits to Puerto Rico in May to stress the dire human circumstances on the island.

“Puerto Rico is at a moment of necessity and crisis,” Lew said May 9 in San Juan.

Marxuach said the crisis is not so much a ticking time bomb, “it’s a slow burn.”

Public pensions covering 330,000 beneficiaries are the worst-funded of any state-level U.S. pension this century, set to run out of cash in three years.

Hospitals face staffing shortfalls as doctors flee to better-paying jobs on the mainland. The island’s poverty rate is at 45 percent; unemployment is near 12 percent, and higher in rural towns.

Puerto Ricans’ ability to emigrate to the mainland is an escape hatch that mitigates the economic stress and political pressure to fix it.

But for those without the ability to escape the burdens just grow.

“The debt stays the same,” said Marxuach, “but the economy grows even less.” 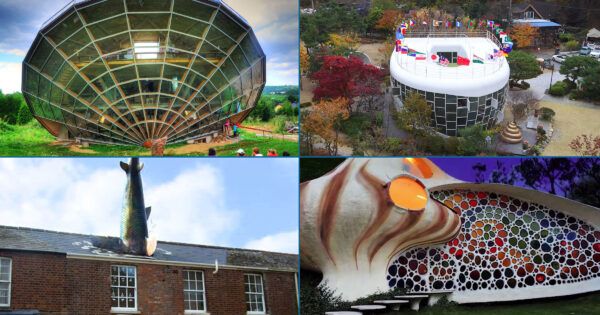 The Simple Explanations Behind Magicians’ Most Iconic Tricks

The Freest Countries in the World, Ranked

Greatest One-Hit Wonders of the 70’s