We have witnessed a lot of drone footage in recent years. Some of the most mind blowing footage includes abandoned places that have been overtaken by nature. The footage often reminds us of that show Life After People. Weeds have overtaken man-made structures, roller coasters have become rusted and dangerous, and buildings look like an advertisement for a tetanus shot.

Celebration City in Branson, Missouri was abandoned just 7 years ago, and already drone footage is showing how sad an abandoned park can feel, even before it completely falls apart.

Almost immediately after the park opened it started to struggle.

The park was only opened from the afternoon to night — which concluded with a fireworks show. It’s allure was an Americana-themed section that offered its own Route 66 and a 1920’s boardwalk.

In 2008 the park attempted to update its look and feel with a new wooden roller coaster, flume ride, and updated fireworks show. Only a short time after the new rides were unveiled, officials said the park wouldn’t be re-opening in 2009.

Here’s the wooden roller coaster that had just been added:

The theme park has been empty for 7 years and with no customers, no cotton candy, and no fireworks; it’s just an abandoned lot that feels really sad.

We have to give the park’s owners some credit, even 7 years after the venue closed the grounds don’t look like they belong to what is basically a ghost town. Perhaps they are trying to find a new developer, or maybe they want to revamp the park one day in the future.

If anyone is curious, the song in the video is called “Evil Clowns” and the videos producer, TheGadgetGuy1, thought it was the perfect way to set the mood for the video.

Fans of the park have taken to YouTube to voice their sadness over the closure of the park. Many observers also pointed out that there are now stray cats feeding on rodents all over the park. You can see one of those strays at 1:17.

The Herschend family still owns the location, along with the Silver Dollar City theme park and White Water Branson attractions. When announcing the park’s closure the family said they were looking for re-development options, including an aquarium, various family attractions, and possibly even re-theming the park to draw larger crowds. The park could also turn into a destination retail hot spot alongside fine dining options.

For now all we have left of the original Celebration City is an empty park that feels really sad. At least a bunch of stray cats are finding some use for the failed amusement park. 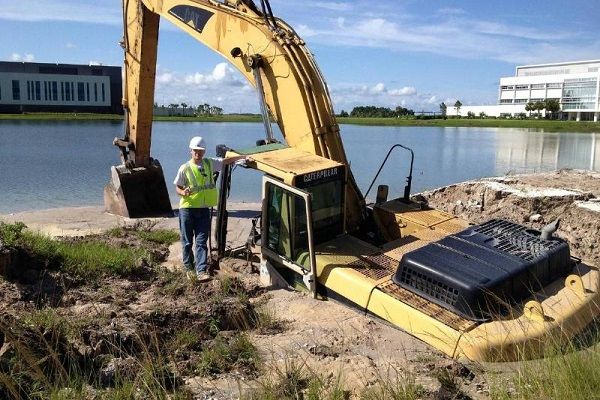 Hilarious Tractor Fails That Were Captured On Camera
Do you remember when you were a child, and you just loved playing with those monster trucks and toy tractors? You could spend all afternoon playing with them! Now that ...
click here to read more
Advertisement - Continue reading below
Share  On Facebook

2021 is Looking Grim According to Nostradamus’s Harrowing Predictions