NEW YORK (Reuters) – The Canadian owner of a company that had contracts worth nearly $1 billion to do construction work at the World Trade Center was convicted on Wednesday of charges that he defrauded a program intended to promote minority- and women-owned businesses.

Larry Davis, 65, and his company, DCM Erectors Inc, were each found guilty by a federal jury in Manhattan on charges of wire fraud and conspiracy to commit wire fraud, according to prosecutors.

Davis is scheduled to be sentenced on Nov. 15. Sanford Talkin, his lawyer, said he was disappointed by the verdict and plans to appeal.

The charges stemmed from contracts DCM Erectors won to perform work for the Port Authority of New York and New Jersey on the 104-story Freedom Tower and a nearby transportation center built after the Sept. 11, 2001, attacks destroyed the World Trade Center.

Prosecutors said contracts awarded beginning in 2007 required Davis, DCM’s founder and chief executive, to devote tens of millions of dollars to hire businesses owned by minorities and women as subcontractors.

Prosecutors said he instead used two purported minority- or women-owned firms as fronts, paying kickbacks to their principals to sign papers submitted to the Port Authority while the work was actually performed by DCM or another company Davis was close to.

Changes in the scope of work helped boost the costs to almost $1 billion, prosecutors said.

Davis and DCM denied wrongdoing, saying they never intended to make any false claims to the Port Authority about the work being done and that the subcontractors did the work that was promised.

“What Larry Davis did between 2008 and 2012 and a little beyond is dedicate his life, dedicate his business to rebuilding the World Trade Center,” Talkin, his lawyer, told jurors during opening statements.

The trial came two years after Davis, a resident of Mississauga, Ontario, was arrested. At an October, 2014, court appearance, he told a judge he would plead guilty, but then decided not to, telling the judge he did not know that what he did was wrong.

The principals of the two businesses that prosecutors said participated in the scheme with Davis, Johnny Garcia and Gale D’Aloia, pleaded guilty in 2014 and cooperated with authorities. 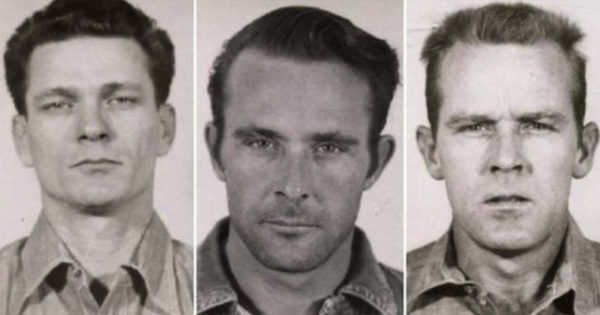 New Evidence Proves What Really Happened When Prisoners Escaped From Alcatraz
The most famous escape from Alcatraz happened decades ago. In case you live under a rock, Alcatraz was a now-infamous prison in the San Francisco Bay where many of America’s most ...
click here to read more
Advertisement - Continue reading below
Advertisement - Continue reading below
Share  On Facebook