TORONTO (Reuters) – A new film about the true story of an African king and white British woman whose marriage triggered a political crisis is first and foremost a love story, its star and director said.

“A United Kingdom”, which had its world premiere at the Toronto International Film Festival on Friday, stars British actor David Oyelowo as Seretse Khama, a tribal king who would go on to become the first president of Botswana.

The movie depicts the early years of his marriage to Ruth Williams, portrayed by “Gone Girl” actress Rosamund Pike, an English office worker and fellow jazz lover he met while studying in Britain in the 1940s.

The two defied convention, prejudice and opposition from both their families to marry. They then became targets of broader political intrigue, as the South African government pressured Britain to ensure Khama never returned to rule.

“The thing that becomes very obvious as you start researching them is the fact that love, love was the thing that conquered everything, all of that opposition, all of those challenges,” Oyelowo told Reuters on the red carpet.

British director Amma Asante, who also made the 2013 period drama “Belle”, said she wanted to make the film partly because she’s an “unashamed romantic”, but also because it involved the two continents that shaped who she is.

“As a child of African parents who grew up in a colony that become independent, I realized what mattered, and I wanted to be able to tell that story through my gaze,” she said.

The movie received an extended standing ovation after its screening in Toronto, with both Oyelowo and Asante coming close to tears.

“A United Kingdom” was one of several true-life tales exploring race at this year’s Toronto film festival, against a backdrop of heightened racial tension in the United States.

Asante said she hoped for a time when issues of race were of “no consequence whatsoever.”

“Right now, areas of race are still taboo,” she said. “And until it isn’t any more, we have to keep telling these stories.” 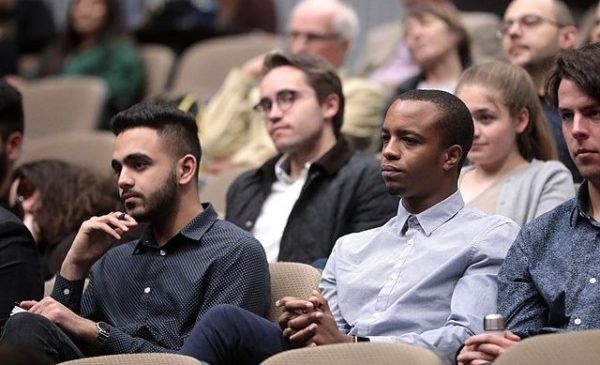 Counting Down US States From Most to Least Educated
According to the American Dream, the more educated a person is, the more money they’ll make and the higher their quality of life will be. Generally speaking this still holds ...
click here to read more
Advertisement - Continue reading below
Share  On Facebook