The value of kindness can not be overstated. Compassion between human beings — whether they are family, friends, or strangers — is the driving force that keeps the world spinning. Perhaps that’s why someone seemingly taking advantage of the kindness of others strikes such a raw nerve for many people, eliciting anger. One such example first came to light in late 2014 when a panhandling woman and child seemed to be scamming Good Samaritans.

California native Melissa Smith was heartbroken when she saw a pregnant mom — with another child in tow — desperately panhandling in a shopping center parking lot, and receiving money from several Good Samaritans. However, Smith’s sympathy turned to outrage when she saw the woman and child hop into a Mercedes-Benz and drive off.

Smith decided to follow the car, and saw the woman and child jump out and begin panhandling at another location. Incensed, Smith began photographing the woman, which led to a confrontation between the two before the pregnant woman sped-off once again.

While there was nothing technically illegal about the woman’s actions, that didn’t stop many from being outraged by them. For example, a YouTube commenter at the time wrote, “It’s not about what model the Mercedes they’re driving or how much it’s worth. The fact that they have a very capable body, vision, non-impaired pair of hands, legs, and many other ways to earn an honest living besides begging and exploiting stranger’s kindness. The general conception of beggars is that you won’t have the means to own and operate a personal vehicle. …”

However, others were quick to come to the woman’s defense, pointing out that the car didn’t necessarily indicate that she and her child weren’t in need. “First of all, its just a Mercedes, … you can buy that particular model for less than $5,000 on eBay and Craigslist. Why are people so impressed of a Mercedes-Benz? They could still be struggling,” another YouTuber wrote at the time.

Be sure to SHARE this story, and let us know if you think the outrage is justified, or if there could be more going on than meets the eye. 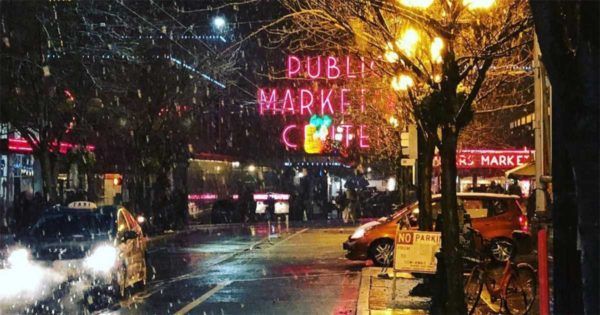 For the 'Gram: See the Most Instagrammed Places in Each U.S. State
Do it for the ‘gram. We’ve all heard the expression, and most of us are guilty of visiting and posting to the social media site on a daily basis. You ...
click here to read more
Advertisement - Continue reading below
Share  On Facebook

Trump backs surveillance of mosques despite criticism of rhetoric

Watergate: A Timeline of America’s Most Infamous Political Scandal