CHICAGO (Reuters) – Chicago’s O’Hare International Airport will sport more gates and a new central terminal under a plan unveiled by city and airline officials on Friday.

The bulk of the multibillion-dollar plan involves the redevelopment of one of the airport’s domestic terminals into a central terminal, which would feature expanded passenger screening and concessions.

An initial step in the plan calls for additional gates at O’Hare’s international terminal at an estimated cost of $300 million. Money for this project would be raised through the sale of bonds backed by passenger facility charges, according to a spokeswoman for Chicago’s finance department.

Mayor Rahm Emanuel’s office is expected to propose an O’Hare bond issue to the city council later this year. A cost estimate and financing plan for the central terminal were not available from the city.

“Over the next 18 months, before the expiration of our current lease, American Airlines will continue to work with the city of Chicago to propel the customer experience at O’Hare into the future,” the airline’s chairman and chief executive, Doug Parker, said in a statement.

O’Hare is the world’s second-busiest airport as measured in landings and take-offs. Chicago has spent $4.4 billion on new runways and other upgrades under an ongoing improvement and expansion project, according to Chicago Aviation Commissioner Ginger Evans. Another $1.3 billion in airfield projects was announced in January. 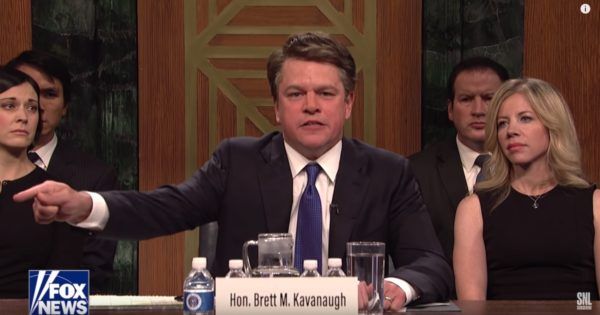 The 20 Funniest Political Impressions Ever on 'Saturday Night Live'
For more than 40 years, Saturday Night Live has delivered late-night laughs to millions of fans across the world. The show’s writers and comedians provide poignant commentary on the nation’s biggest stories, more ...
click here to read more
Advertisement - Continue reading below
Share  On Facebook

Were They Real? See Which Historical Figures May Not Have Existed