A pavilion is dedicated to the immersive technology, with virtual reality film screenings and discussions as part of the festival’s tandem Marche du Film sessions.

Among those showing virtual reality films — all short productions for which viewers must don a headset — is “Madagascar” co-director Eric Darnell, whose six-minute “Invasion!” tells the story of a mythical world invaded by aliens then outsmarted by a rabbit.

“It’s not in my mind just an extension of cinema, it is its own thing and we have to discover so much about what are the tools in our toolbox,” Darnell told Reuters.

“It really is just a brand new language.”

Another virtual reality film showing in Cannes is “Giant”, whose director Milica Zec says the immersive experience means audiences can choose where they look and what they see.

“You have to think that now you have 360 degrees that you have to cover,” she said. “When you have a regular standard film, the screen is in front of you but here it feels like you’re inside of the screen as a viewer.”

Zec and Darnell agree the technology still has a long way to go but virtual reality films will one day become the norm.

However, not everyone is a fan. Director Steven Spielberg said such movies will “take hold in a profound way” but said it was “a dangerous medium”.

“The only reason I say it is dangerous is because it gives the viewer a lot of latitude not to take direction from the storytellers but make their own choices of where to look,” he said in an interview.

“I just hope it doesn’t forget the story when it starts enveloping us in a world that we can see all around us and make our own choices of what to look at.”

In other signs that Cannes is embracing the new this year, it has also partly opened the door for streaming video giants, allowing Amazon to make its debut. It kicked off with Woody Allen’s ‘Cafe Society’, one of five Amazon films selected. 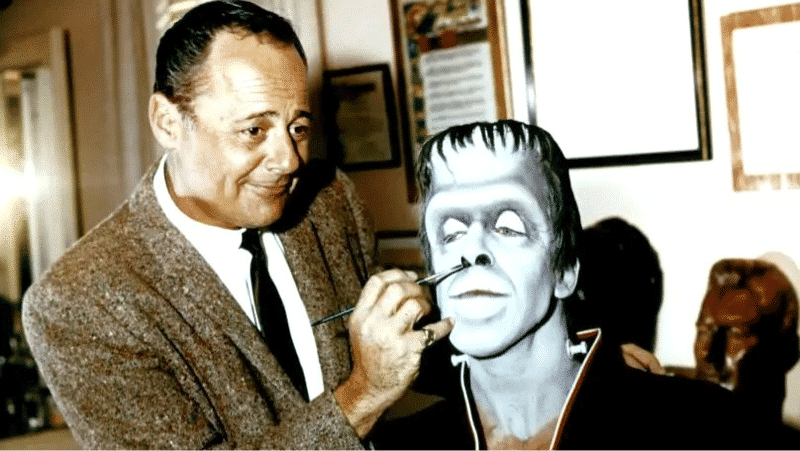 Behind The Scenes of ‘The Munsters’
Although audiences may have been initially shocked and alarmed by the terrifying looks of The Munsters, the friendly ghouls living at 1313 Mockingbird Lane eventually became one of America’s most ...
click here to read more
Advertisement - Continue reading below
Share  On Facebook

‘Bachelor’ and ‘Bachelorette’ Breakups: Where Are They Now