NEW YORK (Thomson Reuters Foundation) – Mothers in the United States make 73 cents for every dollar earned by fathers, a wage gap even wider than the one between men and women overall, according to research released on Wednesday by a national women’s rights group.

The motherhood gap yawned widest in the southern state of Louisiana, where mothers are paid just 53 cents for every father’s dollar, said the National Women’s Law Center (NWLC).

Nationwide, women overall earn 79 cents for every dollar earned by men, according to U.S. Census data.

“The price of motherhood shouldn’t be a smaller paycheck,” said Emily Martin, NWLC vice president for workplace justice, in a statement.

“Stark data show that this gap is even wider for women of color, who are more likely to be the sole breadwinner for their families and can least afford a hole in their paychecks,” she said.

Mothers typically make two-thirds or less of what fathers make in 15 U.S. states, the group said.

Along with Louisiana, the states with the biggest motherhood wage gaps were North Dakota, West Virginia, Utah and Wyoming, it said.

In those same rural states, women doing the same work as men earn roughly a third less money, according to a report by the Joint Economic Committee of Congress released in April.

Mothers fared best in the New England state of Vermont, where they are paid 84 cents for every dollar paid to fathers, the NWLC said.

Using U.S. Census data, the group analyzed median earnings of women and men working full-time, year-round with at least one related child under the age of 18 at home.

The group noted that May 16 is Mothers’ Equal Pay Day, the date to which a mother in the United States has to work to make as much as a father the previous year. 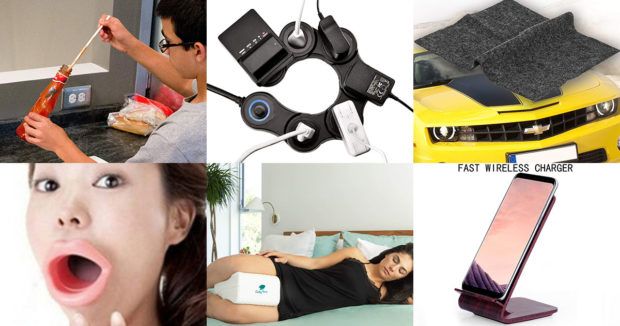 Game-Changing Amazon Products You Can Buy for Less Than $25
There’s virtually no problem or product need that the Amazon empire can’t solve. From household essentials to designer duds to groceries, they literally have everything. With such a vast stock, ...
click here to read more
Advertisement - Continue reading below
Share  On Facebook