LOS ANGELES (Reuters) – The producer of a History Channel documentary on the D.B. Cooper skyjacking 45 years ago is suing the FBI for release of its case files in an effort to prove his theory on the true identity of the mysterious highjacker.

California-based producer Tom Colbert filed the lawsuit in federal court on Thursday, after the Federal Bureau of Investigation in July announced it was officially closing its investigation into the 1971 crime.

“As the FBI has administratively closed its investigation, release of the requested records could not reasonably be expected to interfere with pending enforcement proceedings,” stated Colbert’s 21-page lawsuit filed in Washington, D.C.

The lawsuit is an indication that interest in D.B. Cooper, a moniker given to the skyjacker by the media after he vanished, shows no sign of quieting down.

The lawsuit states Colbert and his private investigative team uncovered evidence linking a California man to the skyjacking and that he seeks a release of records “to prove once and for all the true identity of D.B. Cooper.”

The television and film producer, who was involved in a History Channel documentary called “D.B. Cooper: Case Closed?” that aired in July, could not be reached for further comment.

FBI representatives did not return emails seeking comment on the lawsuit.

In the skyjacking, a man who called himself Dan Cooper, dressed in a business suit and tie, boarded a Northwest Orient Airlines flight in Portland, Oregon, bound for Seattle.

After take-off, he showed a flight attendant a mass of wires and red sticks in his briefcase, making her believe it was a bomb, according to the FBI.

The aircraft safely landed in Seattle, where the man freed 36 passengers in exchange for $200,000 in cash from the airline and four parachutes, but kept several crew members aboard as the plane took off again, ordered this time to fly to Mexico City.

Later, at an altitude of about 10,000 feet (1.9 miles), the man leapt out of the back of the jetliner into the night with a parachute and the ransom money.

Whether Cooper survived the jump over a rugged, wooded landscape somewhere between Seattle and Reno, Nevada, has never been confirmed. The FBI has said it never established his true identity. 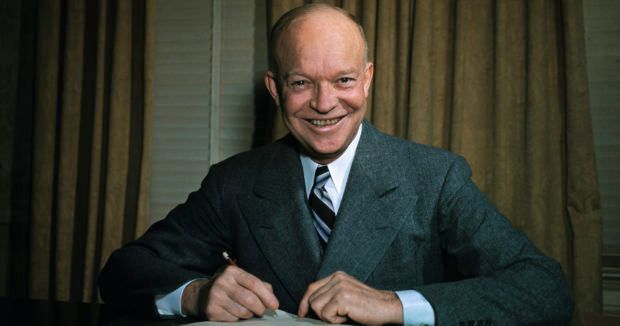 American President Rankings: The Top Leaders in U.S. History
Who was the best president of all-time? Your answer to that question, naturally, depends quite a bit on your political stances, as your preferred candidate might be someone else’s nightmare. ...
click here to read more
Advertisement - Continue reading below
Share  On Facebook