HOUSTON (Reuters) – A pact that 15 U.S. states signed to jointly investigate Exxon Mobil Corp for allegedly misleading the public about climate change sought to keep prosecutors’ deliberations confidential and was broadly written so they could probe other fossil fuel companies.

The “Climate Change Coalition Common Interest Agreement” was signed by state attorneys general in May, two months after they held a press conference to say they would go after Exxon, the world’s largest publicly-traded oil and gas company, and possibly other companies.

The signed agreement has not been made public until now, and Reuters reviewed a copy of it on Thursday.

It provides considerably more detail about the prosecutors’ legal strategy than the general outline provided at their announcement in March, which was headlined by former Vice President Al Gore.

In a nod to the politically charged nature of the inquiry, which quickly spilled over into Congress and corporate shareholders meetings, the pact says signatories of the agreement should keep discussions private and “refuse to disclose any shared information unless required by law.”

Besides Exxon, the agreement says other entities could be targeted if states felt they were delaying action to fight climate change.

The pact says the states may take legal action to “defend Federal greenhouse gas emissions limits” and open investigations of “possible illegal conduct to limit or delay the implementation and deployment of renewable energy technology.”

It also ponders “investigations of representations made by companies to investors, consumers and the public regarding fossil fuels, renewable energy and climate change.”

After numerous filings under sunshine laws, a copy of the agreement was obtained by the Energy & Environment Legal Institute, a free-market think tank. The Competitive Enterprise Institute, whose website says it opposes U.S. Environmental Protection Agency regulation of greenhouse gas emissions, had also sought the documents.

“This is far less a proper common interest agreement than a sweeping cloak of secrecy,” said Chris Horner, a lawyer who represents the Energy & Environment Legal Institute.

The attorneys general, as previously reported, received guidance from well-known climate scientists and environmental lawyers before announcing the Exxon probe.

Critics have called this a sign of meddling by special interests, though prosecutors’ offices have made clear climate change is a top concern of voters.

“Entering into a common interest agreement is routine practice during a multistate investigation. These agreements preserve the confidentiality of non-public information shared among state law enforcement officials,” the office told Reuters.

Exxon, which has said that it has acknowledged the reality of climate change for years, has called subpoenas stemming from the inquiry unreasonable. It has also said it is being unfairly targeted by climate activists.

The company, which supports a revenue-neutral carbon tax, declined to comment.

A U.S. House of Representatives committee last month issued subpoenas to the attorneys general of New York and Massachusetts over their investigations of whether Exxon misled investors on climate change risks. The two state officials said they would refuse to comply with the subpoenas, with one calling it “unconstitutional and unwarranted” interference.

In a bid to try to force action on climate change, the state attorneys general said in March they would jointly investigate whether Exxon executives misled the public by contradicting research from company scientists that spelled out the threats of global warming.

But only a couple formal inquiries have started. In June, the Virgin Islands withdrew its subpoena after Exxon called it overly burdensome and raised questions about jurisdiction. 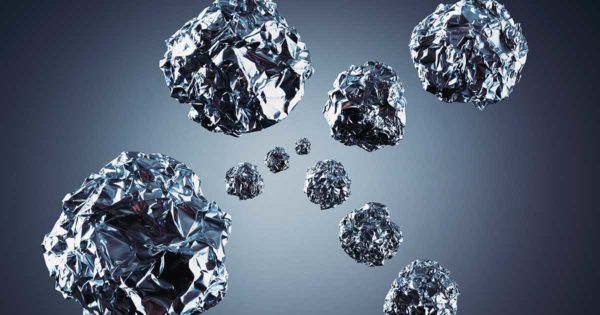 Bridesmaid Fails That Take Cringe to a Whole New Level

Are You Brave Enough to Stay at These Haunted Hotels?