SAN FRANCISCO (Reuters) – Thousands of structures were threatened and hundreds of people fled their homes ahead of a wildfire ravaging in a section of the Eldorado National Forest north of Sacramento, federal officials said on Friday.

Firefighters have been able to carve containment lines around 12 percent of the so-called Trailhead Fire, which started on Tuesday afternoon and has grown to blacken 2,151 acres, U.S. Forest Service spokeswoman Jennifer Chapman said.

The wildfire is moving slowly through mixed conifer and hardwood in the forest about 65 miles north of the state’s capitol toward more favorable terrain for the roughly 2,000 fire personnel battling the blaze, Chapman said.

“Right now, the weather is hot but the winds are light, which is good news,” Chapman said. “It doesn’t look like we’re going to have a massive, rapid growth right now.”

Still, some 1,650 people in Placer and El Dorado Counties have been forced to flee their homes due to the flames and about 2,600 structures are still under threat, Chapman said. No homes have been damaged or destroyed, she said.

Two people working on the fire suffered minor injuries and have since been treated, Chapman added.

The wildfire season in drought-stricken California officially began in May but a string of major fires over the past two weeks marked the first widespread outbreak of intense fires this year.

In central California, firefighters have increasingly gained control over a larger blaze that killed two people.

Crews had cut containment lines around 80 percent of the so-called Erskine fire by Friday morning, which has blackened about 75 square miles (195 sq km) in the foothills near Lake Isabella in Kern County, about 110 miles (180 km) north of Los Angeles, fire officials said.

Meanwhile, two other bodies were found on Wednesday in a rural area of San Diego County charred by a major wildfire, sheriff’s officials said.

The Border Fire, which broke out on June 19, blackened more than 7,600 acres in southern San Diego County near the Mexican border before it was fully contained on Thursday, fire managers said. 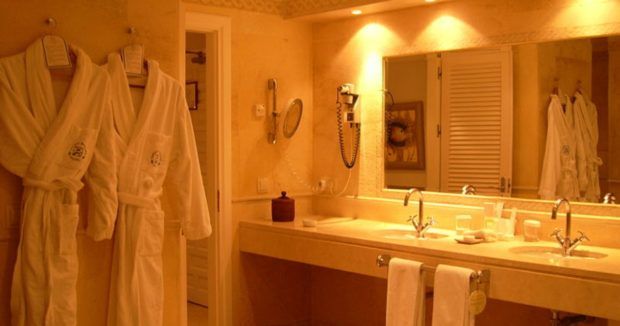 Easy DIY Tips to Turn Your Bathroom Into a Serene Spa for Less
We spend hundreds of dollars for a spa experience that allows us to unplug and de-stress. You know where else you can find a private space to decompress? Your bathroom! You ...
click here to read more
Advertisement - Continue reading below
Share  On Facebook