President Barack Obama is used to fielding questions and being interviewed, but the latest person to grill him wasn’t a reporter. It was his longtime friend, Prince Harry.

The 33 year old, who is engaged to marry American actress Meghan Markle in May 2018, interviewed the former U.S. commander-in-chief in September at the Invictus Games in Toronto. (Prince Harry founded the games in 2014.) The interview won’t be broadcast until Dec. 27 — it will air on BBC Radio 4 in the United Kingdom and also be released as a podcast — but we got a sneak peek of their chat, which is as hilarious as it is interesting and informative.

Joking before the interview, Obama asked Harry if he needed to talk fast and use a British accent.

The royal responded, “If you start using long pauses between the answers, you’re probably going to get the face.”

Asked to see the face, Harry gave the ex-president a stern stare.

“I don’t want to see that face,” Obama said with a smile.

When Obama offered to interview Harry instead, the prince quickly shot that down and said that he’s more comfortable with the current format.

The two men discussed a broad range of issues in the extensive, wide-ranging interview, from Obama’s future plans to the next generation of leaders and the important work being done by the Obama Foundation.

The conversation with @BarackObama includes his memories of the day he left office and his hopes for his post-presidential life, including his plans to focus on cultivating the next generation of leadership through the @ObamaFoundation.

What do you hope to hear Obama and Harry address in their conversation? Will you listen to the interview when it’s released? Let us know, and don’t forget to SHARE this with your news-junkie friends! 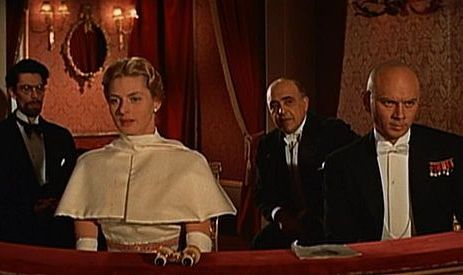 After a Century, the Truth About Anastasia Romanova’s Identity Finally Revealed
Quite a few legends surround the story of the Romanovs, Russia’s last royal family who was murdered just after midnight on July 17, 1918, by a group of Bolsheviks in ...
click here to read more
Advertisement - Continue reading below
Share  On Facebook

These are the Least-Trusted News Anchors in America