The campaign comes as the world’s biggest coffee chain tries to address cooling growth at its U.S. shops and rolls out mobile ordering, which aims to boost sales and reduce bottlenecks in stores.

Starbucks CEO Howard Schultz and other executives have spoken with Jaime Prater, a Southern California barista and the petition’s creator, the Seattle-based company said, but declined to give details.

Starbucks spokeswoman Jaime Riley said it is not uncommon for Schultz to reach out to employees and said that there is no nationwide labor reduction happening at Starbucks stores.

Prater told Reuters he is cautiously optimistic after executives said they are looking into the issues raised in the petition.

“There is a small window right now” to act, he said.

Comments on the petition painted a picture of broad discontent, contrasting the company’s reputation for offering better wages and benefits than other chains, including healthcare coverage, retirement account contributions and paid vacation days.

Prater and many signers say they noticed cutbacks in U.S. staffing hours after Starbucks in April reported a deceleration in quarterly cafe sales growth. Several of them described being under pressure make the labor reductions prescribed by Starbucks’ software system.

Almost 7,000 signers described themselves as employees, Prater said. They did not give their full names and Reuters was not able to confirm that signers worked for Starbucks.

“The labor situation has gone from tight to infuriating,” wrote said Prater, 40.

One Central California store has seen its labor allotment shrunk by about 10 percent, even though sales are up, the manager told Reuters.

“No matter what we do to save on labor at my store, the system tells us EVERY SINGLE DAY that we are at least 8 hours over in labor for the day and have to cut even more,” Aaron I. wrote on the petition site.

“We’re suffering, & so are our customers. It’s not working,” said Leslie S., a self-described shift manager.

Some employees said new technology that allows customers to order and pay from mobile devices is putting additional pressure on employees at some stores.

“Mobile orders have increased sales and created more need for labor, yet the company is cutting labor,” wrote Makenna S., identified as a shift supervisor.

Like other restaurants and retail companies, Starbucks is wrestling with the effects of local minimum wage increases. Some petition commenters said Starbucks had not boosted pay for existing workers in areas where minimum wages have increased – creating a situation where new hires are paid about the same wage as more experienced peers.

Signers said take-home pay has taken a further hit because tipping has falling substantially amid broad customer adoption of the “Starbucks Rewards” program, which allows customers to pay with a loyalty card or mobile phones.

Starbucks’ U.S.-dominated Americas region posted a 7 percent gain in the second quarter, down from 9 percent in the first quarter, and the current quarter rise is seen at 6.2 percent, according to Consensus Metrix. 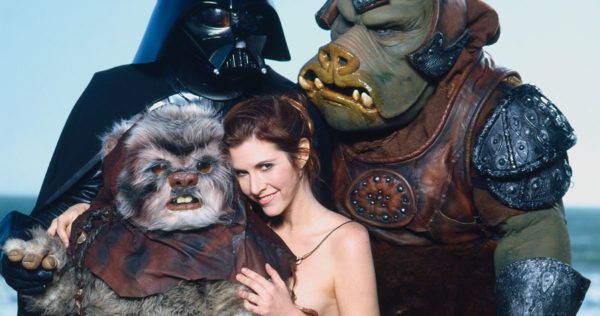 Strange but True Facts About ‘Star Wars’
A long, long time ago, in a galaxy far, far away … a strange little movie about a boy with a laser sword, his wacky robot sidekicks, and a giant ...
click here to read more
Advertisement - Continue reading below
Share  On Facebook

Most Commonly Believed Myths Ever Debunked on ‘Mythbusters’

The Astounding Net Worth of British Royalty