Gonjiam Psychiatric Hospital has often been called South Korea’s most haunted site. Located in the small town of Gwangju, just south of Seoul, the decrepit building is the subject of many ghost stories, urban legends, and rumors.

Gonjiam Psychiatric Hospital closed suddenly in the early 1990s. The exact reasons for its closure aren’t clear, but ideas ranging from a deranged physician to mysterious deaths have all been proposed. We may never know exactly why the hospital was abandoned, though we can gather clues from what was left behind.

The most popular theory behind Gonjiam’s closure is that a psychiatrist (who was mentally ill himself) conducted abusive experiments on his patients. When this was discovered by South Korean authorities, he allegedly closed the hospital and fled to the United States. However, most experts say that this is an unlikely story.

Another popular theory is that there was a rash of mysterious patient deaths that forced the hospital to close. Many people have surmised that these deaths were caused by the ghosts of former patients who had come back to avenge themselves.

The front gate to the hospital is now carefully locked, but adventure- seekers say that, with enough effort, one can easily enter the hospital grounds. They suggest walking around the fence’s perimeter until you find a small gap to crawl through. After that, follow the small path through the woods to the main hospital building.

Though the building is technically closed to the public, plenty of people have been able to get inside. Among the patients’ abandoned possessions are pieces of litter from modern society. This forces us to consider the differences in life now versus life when Gonjiam was operating.

The hospital is located near the South Korean capital city of Seoul, but don’t expect any locals to give you directions! The neighbors are notoriously quiet about the hospital’s exact location and have even been known to lie about where it is in order to deter visitors. Why, though?

Gonjiam Psychiatric Hospital was home to patients suffering from illnesses like schizophrenia and personality disorders. Many of these patients experienced suicidal or homicidal impulses. Visitors to the hospital often report eerie feelings while walking across the grounds.

Ghost hunters have often called Gonjiam the most haunted building in South Korea. For years, there have been reports of ghosts following visitors throughout the building and even getting in their car with them afterward. Professional grade equipment has picked up strong indicators of ghosts on the grounds, and though these rumors may never be confirmed, we can certainly guarantee that visiting Gonjiam Psychiatric Hospital is not for the faint of heart! 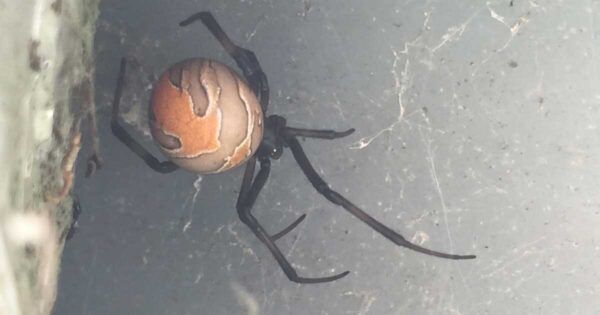 This Is How Australia Will Kill You — or Come Close to Doing so
Ah, Australia. The land down under gave us wonderful imports like Hugh Jackman and Crocodile Dundee, but it’s also home to some of the deadliest species known to man. Each ...
click here to read more
Advertisement - Continue reading below
Advertisement - Continue reading below
Share  On Facebook

Which of Your Favorite ‘90 Day Fiancé’ Couples Are Still Together?