The US government is tracking the whereabouts of millions of American motorists.

Through the use of license-plate readers, federal authorities have collected and stored at least 343 million records that detail the location of drivers around the country and housed them in a new national database, according to documents obtained by the American Civil Liberties Union.

Justice Department officials had kept the scope of the program a secret until disclosing it earlier this week in response to a Freedom of Information Act request filed by the ACLU. Previously, they had said license-plate readers were used along the border with Mexico in drug-fighting efforts. The documents revealed a program far more reaching.

While heavily redacted, they showed the Drug Enforcement Administration, which falls within the DOJ bureaucracy, has been running the program, known as the National License Plate Recognition Initiative, since 2008. The program was created to enhance “intelligence and information sharing” and it uses data from both DEA-owned readers as well as those administered by other agencies.

By sifting through this data for habits and patterns of individual motorists, Justice Department officials say they’ve gained a valuable asset in their fight against illicit drugs. But the license-plate readers capture data on law-abiding drivers, too. Between the NSA collecting phone records and emails of millions of innocent Americans, privacy advocates fear the national license-plate data program amounts to another surveillance tool being used by the government to monitor the activities of ordinary citizens.

It’s not known what percentage of the data has been used to catch criminals and what percentage relates to innocent motorists, but previous research from the Electronic Frontier Foundation has estimated that 99.8 percent of license-plate reader data is not used for criminal investigations.

“It’s really concerning to us, and it should be for all motorists who are concerned about their privacy rights and the freedom to drive where you want without being tracked the whole way,” said John Bowman, executive with the National Motorists Association. “It’s a gross intrusion on privacy.”

The DEA has at least 100 license-plate readers in use, and many are positioned along the country’s southwestern border, in states such as California, Arizona, New Mexico, Texas and Florida. A 2010 memo details how the agency set up 41 plate-reader monitor stations in California, New Mexico and Texas.

Of course, license-plate readers are merely one technology of many available for surveillance on vehicles. Cars can be tracked via the turn-by-turn navigation feature embedded in many vehicles. The US Government Accountability Office released a report last year that recommended automakers be more transparent in how this information is used and shared.

Last year, the National Highway Traffic Safety Administration mandated that all new cars contain black boxes that provide data in 15 separate categories. While that information is stored aboard the car, there are growing concerns that data could be accessed as vehicles move into a future where all cars are connected.

“There is very little oversight to this, very little transparency in the number of license-plate readers, a whole range of things,” Bowman said. “Law enforcement officials are very reluctant to provide details on them, and we are trying to put legislation and restrictions in place that provide some accountability and restrictions.”

Good thing there are people out there who see that this information should be shared to the public! 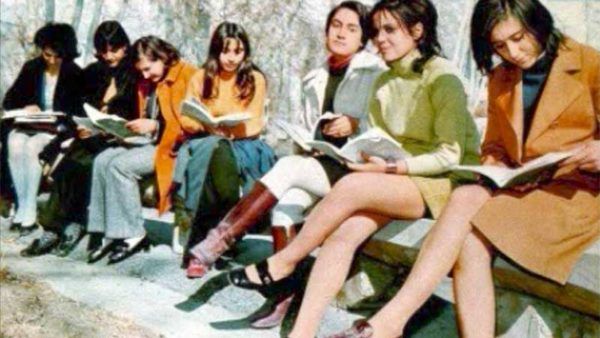 Groovy, Rare Vintage Photos That Will Take You Down Memory Lane

These Actors Hated the TV Shows They Starred In

Female Sports Reporters at the Top of Their Game