By Daniel Trotta and Alex Dobuzinskis

NEW YORK/LOS ANGELES (Reuters) – The death of boxing great Muhammad Ali cost American Muslims perhaps their greatest hero, a goodwill ambassador for Islam in a country where their minority faith is widely misunderstand and mistrusted.

“We thank God for him,” Talib Shareef, president and imam of the Masjid Muhammad mosque in Washington, told a gathering of Muslim leaders who honored Ali in Washington on Saturday, a day after he died in a Phoenix hospital at age 74. “America should thank God for him. He was an American hero.”

From the turmoil of civil rights and black Muslim movements of the 1960s to the darkest days after Sept. 11, 2001, Ali was a hero that U.S. Muslims could share with part of the American mainstream.

Muslims remembered Ali for many familiar reasons, hailing him as a champion of social justice, a lifelong supporter of charitable works and an opponent of the U.S. war in Vietnam.

Moreover, they said, he was a Muslim that a largely Christian country came to admire, even if Ali shocked and scared much of U.S. society after he joined the Nation of Islam and changed his name from Cassius Clay in 1964.

“When we look at the history of the African-American community, one important factor in popularizing Islam in America is Muhammad Ali,” Warith Deen Mohammed II, son of the former Nation of Islam leader, said in a statement.

With some 3.3 million adherents in the United States, Muslims make up about 1 percent of the population, largely immigrants and African-Americans who have embraced the religion.

Although they have integrated into society better than some of their brethren in Europe, American Muslims face hardships even as the United State grows demographically less white and less Christian.

Since 2001, they have suffered backlash from those Americans who equate all Muslims with those who have attacked civilians out of some jihadist cause.

Decades before, black Muslim leaders such as Elijah Muhammad and Malcolm X rattled the white establishment as religious and ethnic minorities who demanded equality for their people. Elijah Mohammad preached a version that denounced white oppression and opposed integration of the races.

Ali came to be widely revered, but there was a time when he was rejected, mostly by whites by also by some black leaders for his bold statements against white supremacy and for his refusal to embrace the model epitomized by Martin Luther King, a Christian.

“The sanitizing of Ali’s image in recent years has led many to forget that he was reviled by many during the 1960s for his conversion to Islam and for his refusal to be inducted into the U.S. armed forces,” said Frank Guridy, a visiting associate professor of history at Columbia University.

“He was seen as a traitor to the United States of America.”

In the 1970s, Ali converted to Sunni Islam, the largest denomination among Muslims worldwide, and embraced Sufism, a mystical school of the faith.

At the gathering of Muslim-American leaders in Washington, speaker after speaker remembered him fondly as the Muslim who Americans came to love.

“Our political leaders should use their position to bring understanding about the religion of Islam, and clarify that these misguided murderers have perverted people’s views on what Islam really is,” Ali said in a statement.

He also used his influence to advocate the release of Jason Rezaian, a Washington Post reporter who spent 18 months in a Iranian prison, and for Daniel Pearl, a Wall Street Journal reporter who was captured by Islamic extremists in Pakistan and later beheaded in 2002.

“Muhammad Ali was a gift from God,” said Nihad Awad, executive director of the Council on American-Islamic Relations, “not only to Muslims but to the world.” 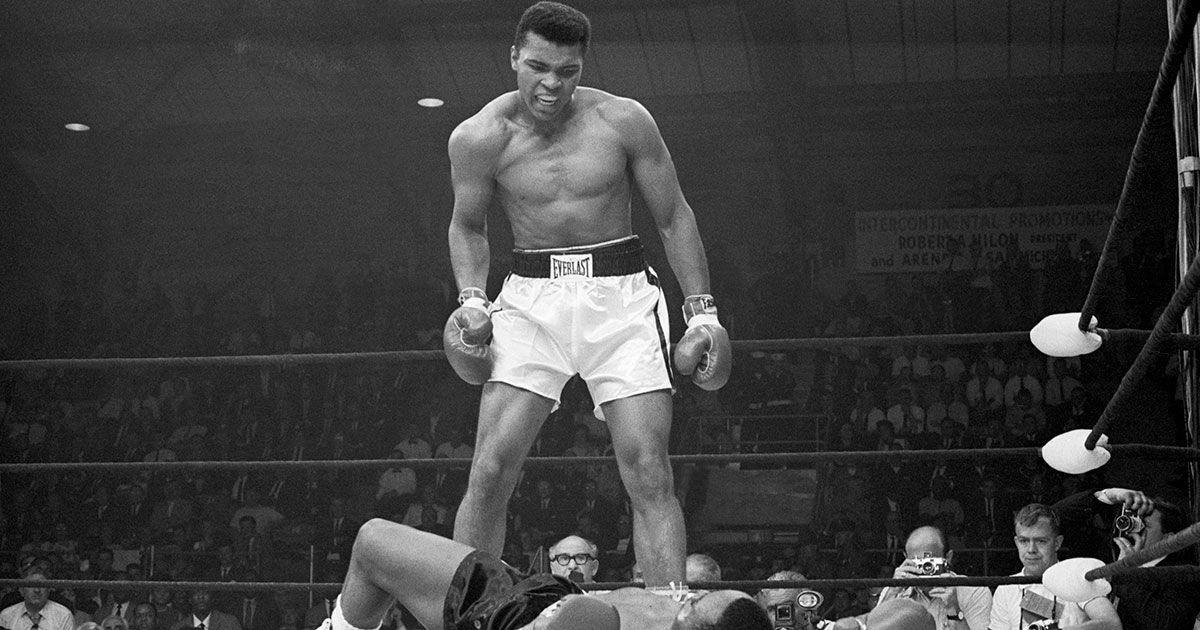