If you think studying weather is all about sitting at a desk and crunching numbers, you don’t know the half of it. There’s a side of meteorology that takes some scientists into the thick of the storm’s track, and by that, we mean directly into the center of the storm.

In a viral video from the U.S. National Oceanic and Atmospheric Administration (NOAA), researcher Nick Underwood snapped an incredible video that shows a NOAA plane flying through Hurricane Irma churning as a Category 5 storm through the Caribbean.

The video shows the plane flying through a wall of dark gray clouds as rain lashes against the window before emerging into a clearing where the sun shines down from a blue sky. The clearing is the eye of the powerful storm, which was packing sustained winds over 185 mph just outside the calm center.

“My day at the office,” wrote Underwood when he posted the video to Twitter. Watch:

Underwood posted other images from inside the eye of the hurricane as well.

Today I flew into a Category 5 hurricane. #HurricaneIrma pic.twitter.com/0JqLVtgqVI

Meteorologists have a tough job. Using data to accurately predict impending weather is not easy. Minor shifts in a storm’s track can have profound differences on the severity of the situation, as Hurricane Irma wound up doing when it shifted more west than predicted. When meteorologists are wrong, they receive heaps of criticism. But when they are right, they can literally help save lives.

When others are fleeing a storm’s path, these researchers are flying right into the heart of it.

SHARE this incredible footage of the eye of a hurricane with your friends! 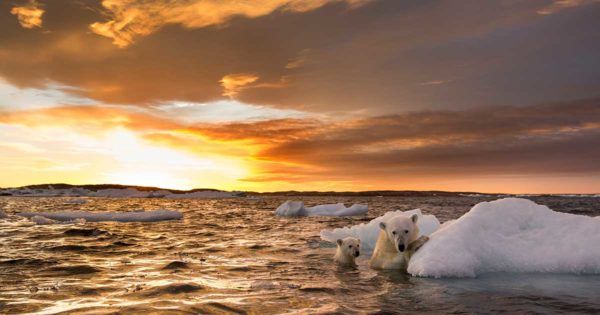 US Habits People in Other Countries Find Totally Weird