There are few things as creepy as an old, abandoned amusement park. As ghosts of thrill rides past linger in the background, some remnants still remain. Rollercoasters in ruin, machinery broke down and rusted, waterslides filled with moss and ivy are just a few of the stereotypical mainstays.

The keenest observers might even witness something others can’t, the scent of vomit from the ate-lunch-right-before Tilt-a-Whirl rider or the sound of an ancient smack, a carny slapped across the face as he proves a little too liberal guessing someone’s weight. For people who live in Aurora, Ohio, the idea of the eerie, empty amusement park isn’t something plucked from a horror movie or paranormal documentary; rather it’s a reality.

The Geauga Lake was once a popular destination, opening in 1887 and lasting more than a century. The invention of the railroads and the Industrial Revolution that – true to its name – revolutionized America helped the draw: it was easier to travel than it has ever been before. That was enough to compel the curious to seek out excitement.

Initially, Geauga Lake was known more for facilitating picnics than panicked riders triple-checking their seatbelts – it had a lake, a dance hall, and a lot of lawn for flannel blankets. The first ride was installed before the turn of the century. Then, in 1925, the Big Dipper Rollercoaster came to be. At the time, it was the largest wooden roller coaster in existence.

The park sold to a company called Funtime, Inc. in 1969 and its expansion continued – more rides, more games, more swirls of cotton candy in the hands of happy, skipping children. In the mid-nineties, the park sold again, this time to Premier Parks, a company that went on to acquire Six Flags soon after.

This is how Six Flags Ohio came to be – the facility was completely rebranded and, as Six Flags is known to do, more roller coasters (those bigger, taller, and faster) were added. Six Flags even bought the SeaWorld that sat next door, combining the parks into one.

The Six Flags experiment didn’t last long; the park changed hands in 2004 yet again. A company called Cedar Fair purchased and transformed the former SeaWorld portion into a waterpark (this time, without the orcas).

Three years later, however, the main portion of the park closed. Still, they went out in style, with the 2007 Oktoberfest serving as the final event ever held. The waterpark was annexed to form the Wildwater Kingdom, a facility still popular with Ohioans and tourists today.

The land where sea dragons and log rides once stood was put up for sale by Cedar Fair shortly after closing (and many of the rides were sold at auction). However, it was still for sale in 2013, proving that even in a hot market, not many people are looking for this unique of an entity. Cedar Fair finally relented on their asking price, at least in a roundabout way: they agreed to sell the land in parcels, rather than one large lot. That time around, much more buyers stepped right up. 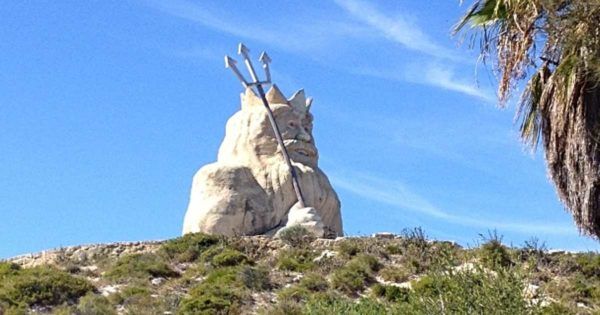 Elf on the Shelf Ideas That Will Blow Your Kids’ Minds

Popular Foods That Aren’t What They Pretend to Be