(Reuters) – A shooting that killed one San Diego police officer and wounded another does not appear related to the deadly ambush attacks on law enforcement this month in Texas and Louisiana, the city’s police chief said on Saturday.

San Diego Police Chief Shelley Zimmerman also said investigators were looking for no additional suspects in Thursday night’s incident, in which two members of her department’s anti-gang squad were gunned down.

A man suspected of opening fire on the two officers was himself badly wounded in the ensuing gunfight and has been charged with murder and attempted murder.

A second man was arrested on an outstanding warrant near a house that a police SWAT team had surrounded in the aftermath of the shootout, but Zimmerman said investigators have yet to determine whether he was involved in the deadly confrontation with police.

The slain officer was identified as Jonathan “J.D.” DeGuzman, 43, who previously survived a stabbing on the job. His wounded colleague, 32-year-old Wade Irwin, was expected to make a full recovery, the chief said at a news conference outside the hospital where Irwin was admitted.

Zimmerman said she had no further details about the circumstances or motives behind the shooting, which unfolded when the officers attempted to stop an individual in a high-crime neighborhood of southeastern San Diego. She said it remained unclear whether it was a traffic stop or pedestrian stop, as investigators have not yet had a chance to question Irwin.

Asked whether the two policemen may have been deliberately targeted for attack, as were officers in recent sniper assaults in Dallas and Baton Rouge that left a total of eight lawmen dead, Zimmerman said, “We’re not making any correlation. We just don’t know yet.”

She said both fallen officers were wearing body armor when shot, and investigators would examine footage from body cameras that captured the incident on video. 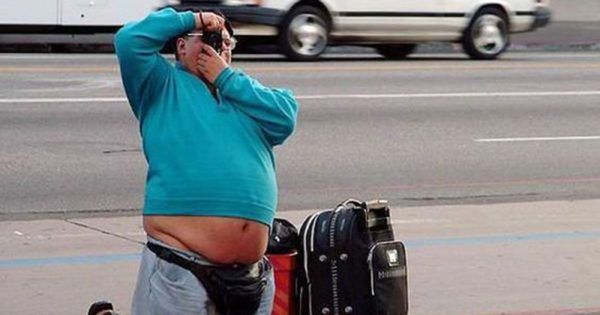 These Tourists Took Ridiculously Awful Photos While on Vacation
When you’re a tourist, the goal is to explore and be adventurous without sticking out like a sore thumb — or worse, completely embarrassing yourself. These tourists get credit for ...
click here to read more
Advertisement - Continue reading below
Share  On Facebook

All the Crazy Things Boomer Kids Did Growing up