He limits how much he drinks to avoid using a bathroom away from home. He looks for gender-neutral restrooms at the University of North Carolina at Greensboro, where he attends, but has missed instruction time when he cannot find one in his classroom buildings.

“There is a lot of insecurity about being in public spaces,” the accounting and business major said in a telephone interview. “If I know I’m going to be out an extended period of time, I just don’t drink a lot.”

On Monday, McGarry and other opponents of the law, known as House Bill 2, or HB 2, will ask a federal judge in Winston-Salem to block enforcement of its bathroom provisions while the legal fight against the full measure, enacted in March, plays out.

North Carolina is the only state in the country to mandate that people use multiple-occupancy public restrooms and changing facilities that correspond with the sex on their birth certificate rather than their gender identity, placing it at the forefront of the latest civil rights frontier in America.

“It forces all trans kids in our state to choose between breaking the law and using the correct restroom or using the wrong restroom, which could put them in a perilous situation,” he said.

Republican lawmakers have not been persuaded by such arguments, or boycotts of the state by corporations, conventions, entertainers and the National Basketball Association, which this month said it was pulling its 2017 all-star game from Charlotte in protest of the law, which has been decried by critics as discriminatory.

Lawyers for Republican Governor Pat McCrory argue the measure protects the safety and privacy expectations of the state’s residents.

“Plaintiffs purportedly seek to overturn a single state statute, but in reality they seek to overturn millennia of accepted practice by which men and women utilize separate facilities for using the restroom, bathing, and changing clothes,” the governor’s lawyers said in a court filing opposing efforts to block HB 2.

McCrory’s office did not reply to a request for comment ahead of Monday’s hearing.

The University of North Carolina, also named as a defendant, welcomes “resolution of these difficult issues by the court so that we can refocus our efforts on our primary mission – educating students,” President Margaret Spellings said in a statement.

Katy and Mac Schafer hope their family’s story will help change minds. Their eldest child, 17-year-old Hunter, was assigned the gender of male at birth but now lives and identifies as female.

She attends high school at the University of North Carolina School of the Arts in Winston-Salem, where until HB 2 passed she used the women’s restroom in keeping with the guidance given to her by medical professionals.

Her mother felt sick when lawmakers took that option away.

“All that we had done right as parents to love and support our kid and everything the medical community was telling us was important to have our teenager thrive in the world … none of that was considered,” said Katy Schafer, who joined her daughter and McGarry as plaintiffs in the lawsuit filed by the ACLU and Lambda Legal advocacy groups.

The case is due to go to trial on Nov. 14. North Carolina also has been sued by the U.S. Justice Department over the law, while McCrory and other public officials in turn have sued the U.S. government.

The legal battles have thrust Joaquin Carcano, a 28-year-old transgender man and another plaintiff in the ACLU’s case, into the national debate over bathroom access.

Court documents tell how the only gender-neutral bathroom available to him in the office where he works as an HIV project coordinator at the University of North Carolina at Chapel Hill requires riding a service elevator to a part of the building used for housekeeping.

Carcano said he feels a responsibility to speak for the transgender community. But being in the spotlight on such a personal matter is not always easy.

“Having your identity and body being a point of public conversation can be really exhausting,” he said. 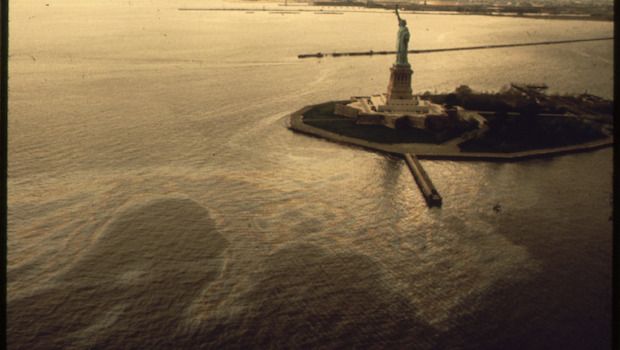 You Won’t Believe What the United States Looked Like Before the EPA
In recent years, politicians have proposed numerous cuts to the Environmental Protection Agency that would “slash its workforce by almost 3,000 employees and its budget by $2 billion.” To understand why ...
click here to read more
Advertisement - Continue reading below
Share  On Facebook