WINSTON-SALEM, N.C. (Reuters) – The mayor of Charlotte, North Carolina, refused on Monday to back off an ordinance that had aimed to expand anti-discrimination protections for gay and transgender people in the state’s largest city but also sparked a controversial state law.

The Republican leaders of North Carolina’s legislature said in a statement late on Sunday they believed their colleagues would support repealing the law that voided the city ordinance – if Charlotte made the first move.

North Carolina’s Republican governor and lawmakers blame Charlotte for spurring the state measure, which has drawn rebuke from major companies and sports organizations since it was passed in March.

The state law, known as House Bill 2, requires transgender people to use publicly owned bathrooms that correspond with the gender on their birth certificate and bars local ordinances protecting lesbian, gay, bisexual and transgender people from discrimination.

A spokesman for Governor Pat McCrory told local media last week McCrory would call a special session for legislators to consider a repeal of H.B. 2 if Charlotte rescinded its ordinance.

But Charlotte Mayor Jennifer Roberts, a Democrat, said the city had no plans to reconsider the ordinance at a council meeting Monday night.

“We appreciate the state wanting to find a solution to the challenges we are facing and applaud the governor for recognizing the state should overturn H.B. 2, which the state can do at any time without any action from the City of Charlotte,” Roberts said in a statement.

Calls for a repeal of the state law mounted last week after the National Collegiate Athletic Association (NCAA) and Atlantic Coast Conference (ACC) pulled a total of 17 championship sporting events from North Carolina in protest of it.

Previously, the National Basketball Association relocated its 2017 All-Star Game from Charlotte. Entertainers, including Bruce Springsteen, canceled concerts and companies such as Deutsche Bank scrapped plans to add jobs in the state over objections to the law.

Senate leader Phil Berger on Monday questioned whether Roberts was seeking to “prolong this debate for political reasons – regardless of the impact on Charlotte and our state’s business community.”

LGBT advocates applauded the Charlotte mayor for standing firm, while some business, tourism and hospitality groups urged elected officials to find a compromise to end the economic fallout.

An Elon University Poll released on Monday found that almost half of likely voters in the state oppose H.B. 2. But the survey also showed McCrory leading Democratic challenger Roy Cooper by about 49 percent to 46 percent and indicated that some opponents of the law still planned to vote for the incumbent. 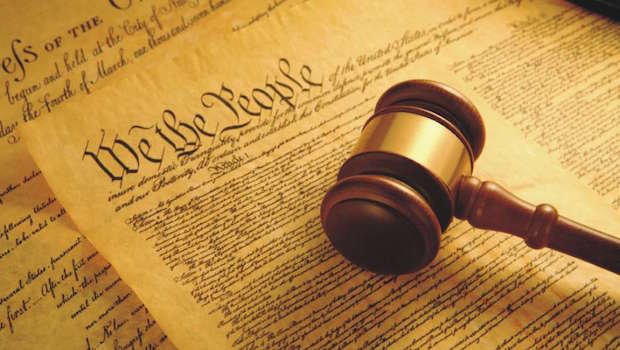 Can You Answer These Questions About U.S. Constitutional Amendments?
Since 1789, the United States Constitution has been the “law of the land” for Americans. Part of the reason the document has been able to remain relevant for over 200 ...
click here to read more
Advertisement - Continue reading below
Share  On Facebook