In a world where modern architecture is taking over and the past is truly and sadly the past, the tragic ruins of old castles remind us of the beauty that exists in history.

One of these magical places is Miranda Castle. Built in the 19th century and located in Belgium, this marvelous chateau deserves to be gawked at and envied for its sheer beauty and grandiosity.

Construction on the castle began in 1866 and was completed in 1907 after its clock tower was completed. English architect Edward Milner was commissioned to build Miranda Castle by the Liedekerke-De Beaufort family after they fled from their home during the French Revolution.

The family occupied the castle until WWII when it was overtaken by Nazis during the Battle of the Bulge.

In 1950 the Castle was taken over by the National Railway Company of Belgium and became an orphanage and holiday camp until the 1970’s. During this period the castle became known as, “Chateau de Noisy.”

Because of the enormous costs to maintain the property, it has sat abandoned since 1991 with no investors willing to risk their reputations on the property. This occurred despite Celles offering to take over the property, an offer which the owners have flat out refused.

Over the last 25 years, the once proud castle has decayed and become the victim to vandalism and fire damage. Many parts of the structure today have lost their integrity and are collapsing in the most devastating manner.

With the outlook so dim, rumors have begun to swirl that the historic building could soon be demolished. One French article translated into English even seems to clearly indicate that the building will not be standing for much longer.

In 2015, a demolition permit was even discovered in possession of the building’s owner.

True lovers of the castle are rallying for it to be saved and have started petitions and have protested for the sake of historic preservation.

The battle to save Miranda Castle is one that will be long and fraught with peril. The cost of reclamation for the castle alone could cost as much as 25 million euros. Some movements have looked at ways to turn the castle into a restaurant and hotel, but serious bids never materialized.

With no hope on the horizon, the building still stands today, but could be torn down in the very near future.

To see such a beautiful place destroyed so  swiftly would truly be an insult because of its rich history and cultural significance. 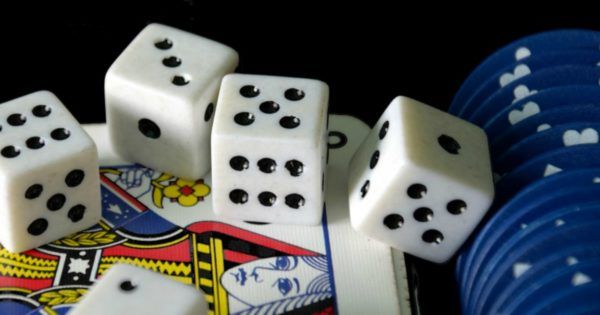 Is Your Hometown One of the 20 Most Sinful States in America?
Nobody is perfect; although, some people would argue otherwise. We all have our vices and bad habits, and now there is a survey to tell us just what those are. Wallethub, ...
click here to read more
Advertisement - Continue reading below
Advertisement - Continue reading below
Share  On Facebook