(Reuters) – Japan’s first lady Akie Abe made an unofficial visit to Pearl Harbor on Sunday where she paid tribute to Americans killed in Japan’s surprise attack on the U.S. naval base in Hawaii on Dec. 7, 1941.

Japan’s Chief Cabinet Secretary Yoshihide Suga said on Monday the first lady made her visit as a private individual, and it was not an indication that Japan’s Prime Minister Shinzo Abe would visit Pearl Harbor, the Japan Times reported.

A visit by Abe would mark the first time an incumbent Japanese prime minister had gone to the Pearl Harbor memorial.

The attack on the naval base by Japanese torpedo planes, bombers and fighter planes drew the United States into World War Two when it declared war on Japan.

In May, Barack Obama became the first sitting U.S. president to visit Hiroshima, one of two cities the United States hit with atomic bombs in 1945. The other was Nagasaki.

Since Obama’s visit there has been speculation over whether Abe would visit Pearl Harbor.

Akie Abe posted photographs on Facebook and wrote that she had gone to the Arizona Memorial offering flowers and prayer. No previous first lady has visited the site while her husband was in office.

More than 1,100 sailors and Marines were killed on the USS Arizona in the Japanese attack. The sunken battleship, at Pearl Harbor in Honolulu, is the resting place of almost all of them.

“I have been to Hawaii many times but I have never been to Pearl Harbor,” Japanese publication Gendai Business quoted the first lady as saying. “Over the past year … I have had many chances to think about (World War Two), and I felt a strong urge to visit at least once in my lifetime,” she said.

Last year marked the 70th anniversary of the end of World War Two.

Katina Adams, a spokeswoman for the U.S. State Department’s bureau of East Asian and Pacific affairs, said, “We are aware of First Lady Akie Abe’s visit to Pearl Harbor.” She declined further comment.

“The fact that Akie Abe has gone is a tremendous step forward for Japan to come to terms with its past,” Shihoko Goto, senior Northeast Asia associate for the Asia program at Woodrow Wilson Center, a Washington, D.C., think tank, said in a telephone interview. “This is certainly a balloon test to see what the public reaction will be.”

Japan’s embassy in Washington said in an email, “As Chief Cabinet Secretary Yoshihide Suga stated, First Lady Akie Abe visited Pearl Harbor as a personal visit, and we would like to refrain from making further comments on this subject.”

More than 2,400 U.S. service members were killed in the attack on Pearl Harbor, which President Franklin D. Roosevelt described as a date that would “live in infamy.”

Japanese Emperor Akihito has expressed remorse over the war.

“Looking back at the past, together with deep remorse over the war, I pray that this tragedy of war will not be repeated and together with the people, express my deep condolences for those who fell in battle and in the ravages of war, and pray for world peace and the further prosperity of our country,” Akihito said at a memorial service on the 70th anniversary of the day his father, Hirohito, announced Japan’s defeat. 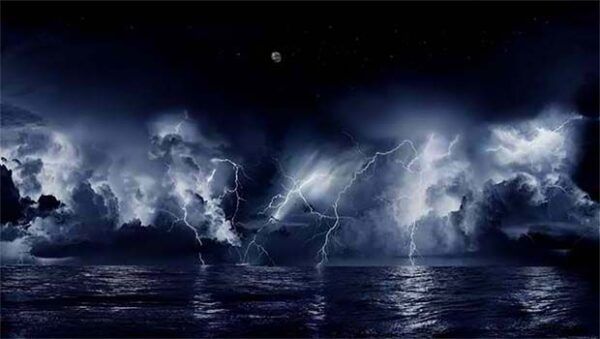 Walmart Abandoned This Old Building. Wait Until You See How These Architects Transformed It

50 Years Later: ‘The Brady Bunch’ Then and Now