Modern radar detection didn’t become a reality until World War II. Before radar was a reality the coasts of Great Britain were protected with giant acoustic mirrors.

The mirror technology was capable of detecting incoming aircraft by listening for the sound of their engines.

Several of these devices and perhaps the most famous of them all are still standing at Denge on the Dungeness peninsula and at Hythe in Kent.

In Maltese the locals call the sound mirrors “the ear” and they are the only ones known to be build outside of Great Britain.

The Dungeness mirrors, known as the “listening ears,” were built out of three large concrete reflectors that were constructed in the 1920s–1930s.

All three of the reflectors were built with different shapes in an attempt to experiment with how they could capture sound.

After building the massive structures, a microphone was placed at the foci of the reflectors so sounds could be detected from any aircraft traveling along the English channel.

The reflectors are not parabolic, instead, they are spherical mirrors. Spherical mirrors were used for direction finding by moving the sensor rather than the mirror.

Aircraft detection worked at the start of their use. However, as aircraft became faster in the 1930s, they would be too close to their targets by the time they were detected.

When radar was introduced, the sound mirrors were no longer used for wartime purposes. However, the methodology of the mirrors allowed Britain engineers to determine how to pinpoint enemy combatants in the sky using interconnected stations.

The British radar system was less sophisticated than the German system, but their use of interconnected systems allows them to use their platform more successfully during World War II.

While no longer used for wartime purposes, these sound mirrors have helped develop parabolic microphones, which are incredibly sensitive to sound coming from a specific direction. They are often used to pick up bird sounds and to capture specific conversations from players during sporting events.

Parabolic acoustic mirrors, also known as “whisper dishes” are also popular museum exhibits that teach children about the science behind the technology. A pair of dishes is placed perpendicular to each other, allowing museum guests to whisper to each other from across a room.

Small portable parabolic microphones are used to record wildlife sounds such as bird songs, in televised sports events to pick up the conversations of players, such as in the huddle during American Football games, or to record the sounds of the sport, and in audio surveillance to record speech without the knowledge of the speaker.

The next time you’re visiting a museum to play with one of these dishes, just remember that at one time they were not just a fun science experiment, they were actually responsible for saving lives. 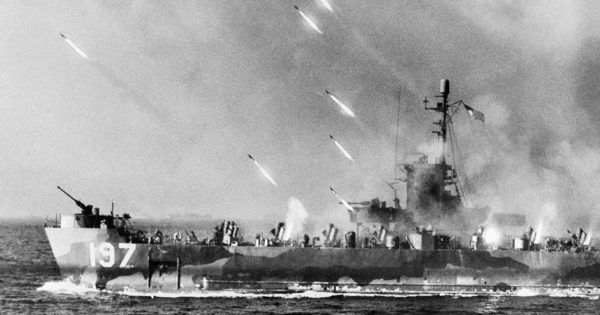 These World War II Facts Will Leave You Speechless
World War II, the most global war of all time, lasted from 1939-45 and involved all of the world’s major powers. Over the course of six years, 100 million people ...
click here to read more
Advertisement - Continue reading below
Share  On Facebook