By John McCrank and Brendan O’Brien

MILWAUKEE (Reuters) – After violent riots, Milwaukeeans in the blighted inner city are searching for their own way out of despair, saying they cannot rely on government-led economic development projects to remedy chronic crime and unemployment.

Two nights of rioting erupted after Sylville Smith, 23, was shot and killed on Saturday by a police officer who said Smith refused to drop his gun. Besides reviving a national conversation about race, inequality and the use of deadly force by police, the riots called attention to Milwaukee as one of the most racially segregated cities in the United States.

Community activist Nate Hamilton was already doing his part to help Milwaukee heal even before the city burned. Standing between an agitated police officer and a worked-up protester who were nearing blows near a gas station in the Sherman Park neighborhood, Hamilton said he stepped in to urge calm.

At least at first, Hamilton’s efforts were in vain. An angry mob soon torched a police car and a flurry of gun shots were fired. The gas station went up in flames.

But Hamilton and others Milwaukeeans refuse to give up. Some operate food banks, others provide adult education. So far the government-led initiatives to provide jobs and development have failed, so Milwaukeeans have vowed to find their own solutions.

Hamilton, 35, has lived through the pain of a police shooting before. Two years ago, police shot dead his mentally ill brother Dontre Hamilton, who was unarmed.

After his brother was killed, Hamilton started the Coalition for Justice, which has successfully lobbied for law enforcement reforms, including increased training for police. Hamilton is now helping high school students get jobs and teaching them financial literacy.

“The people have the power,” he said. “We become the next politicians. We become the next teachers and educators. … Over the past couple of days you’ve seen people coming together a little bit more and unifying.”

Like many U.S. cities, Milwaukee has suffered job losses for at least three decades as manufacturing has moved overseas, leading many whites to depart for the suburbs while blacks have mostly stayed behind. But unlike other cities, few African-Americans have followed whites to the suburbs, leaving a black underclass with much higher levels of crime and unemployment.

The National Urban League’s State of Black America report, released in May, listed Milwaukee as one of the worst cities for blacks, based on income and unemployment.

Academics who study race relations and urban economic development say many projects aimed at job creation, such as sports venues, convention centers and tourist infrastructure, have failed to deliver on promised jobs for inner city residents.

“I honestly don’t believe there’s been much targeted efforts at economic development that would have much impact on the low income inner city or minority communities,” said John Logan, a sociology professor at Brown University in Rhode Island.

“DRUGS OR GANGS OR JAIL”

Instead of relying on such promises, Sister Patricia Rogers runs the Dominican Center for Women in Amani, a neighborhood just east of where the shooting and rioting took place.

Amani sits in the 53206 postal code, where half the residents live below the poverty line, a third are jobless and 95 percent are black. It has rows of boarded-up houses, vacant lots and littered alleyways.

“We are losing all of our young men to drugs or gangs or jail,” said Rogers, whose community outreach center helps adults finish high school, organizes health fairs, and assists elderly home owners.

“People who live in the community probably have the best solutions,” Rogers said. “They may not know exactly how to get things done and that might be where some support needs to be.”

A few blocks away, volunteers prepared a nightly meal for about 150 people with donated food at the Scott Christian Youth Center.

“A lot of people are really suffering,” said Debra Christopher, the director of the center. “But a lot of people also reach into their pockets and give. That gives me hope.” 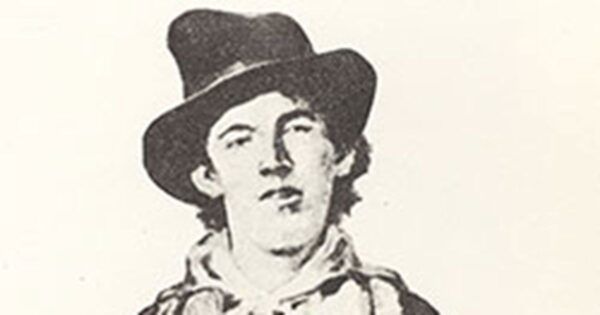 Little-Known Facts About Legendary American Outlaw Billy the Kid
Are you a history buff? A lover of Western films? Perhaps a Billy Joel fan? One way or another, you’ve most certainly heard of Billy the Kid, the iconic outlaw ...
click here to read more
Advertisement - Continue reading below
Advertisement - Continue reading below
Share  On Facebook

Behind The Scenes of ‘The Munsters’

These Tourists Took Ridiculously Awful Photos While on Vacation