Halloween is such a staple American holiday, yet it seems like hardly anyone knows the history behind it. For instance, did you know that it originated from a Gaelic festival called Samhain? We certainly didn’t! Keep reading for even more Halloween facts that you probably didn’t know!

The Jack-O’-Lantern Comes From an Old Irish Legend

The tradition of carving pumpkins comes from the old Irish legend of Stingy Jack, which goes like this: A man named Jack once invited the devil to have a drink with him. Only, Jack didn’t want to pay for said drink, so he convinced the devil to turn himself into a coin, and then took the coin and placed it next to a silver cross in his home in order to prevent the devil from taking form again. Jack promised to let the devil go, but only if he promised to leave Jack alone for one full year and refuse to claim his soul when he died. When Jack died, God did not want him in heaven, and the devil (true to his word) did not let him into hell. And so he was sent off into the night with only a lump of burning coal placed into a hollow turnip to light his path, and legend has it that he’s still roaming the earth to this day. Originally the Irish and Scottish used beets, turnips, and potatoes as jack-o’-lanterns, but once the tradition reached America, people began using pumpkins, which are native to North America.

Trick-or-Treating Has Been Around Since the Middle Ages

Halloween itself has actually been around for a couple of thousand years: It started out as an old Irish tradition called Samhain which symbolized the end of summer and the final days of the fall harvest. Trick-or-treating, in particular, was known as “guising” in Scotland and Ireland, and would involve kids dressing up in costumes going from door to door in search of food and money. In exchange, they would perform songs, poems, or other “tricks.” Of course, nowadays they just say thank you and leave.

The World Record for Fastest Pumpkin-Carving is Pretty Unbelievable

The carving, done by a man named Stephen Clarke in 2013, took 16.47 seconds and is the current record holder in the Guinness Book of World Records. In order for the carving to be eligible to win, it needed to contain a face complete with eyes, nose, mouth, and ears.

The Irish Have a Traditional Halloween Bread

Barmbrack, or just “brack” for short, is a traditional Irish bread with dark and golden raisins that’s typically served on Halloween every year. A loaf of brack often comes with a ring or small trinket inside. It’s said that whoever finds it will have good fortune in the coming year!

Originally, candy corn was called “chicken feed,” which sounds significantly less appetizing if you ask us. It was invented in the 1880s by a man named George Renninger and then sold to what is now Jelly Belly in the early 1900s. So why did he name it “chicken feed”? Well, because corn is what chickens were fed at the time.

Some Single Women Used Halloween to Find Themselves a Husband

Apparently, Halloween was a bit of a matchmaking affair for some women back in the 18th century. They would perform rituals such as throwing apple peels over their shoulders in the hopes of seeing their future husband’s initials spelled out in the peels’ patterns. Additionally, the game of bobbing for apples said that whoever won would be the first to get married.

Halloween is the Second-Biggest Commercial Holiday in the US

Halloween ranks second only to Christmas when it comes to holiday spending. In 2020, consumers spent $8 billion on Halloween paraphernalia, which comes out to approximately $92 per person! Can you believe it? 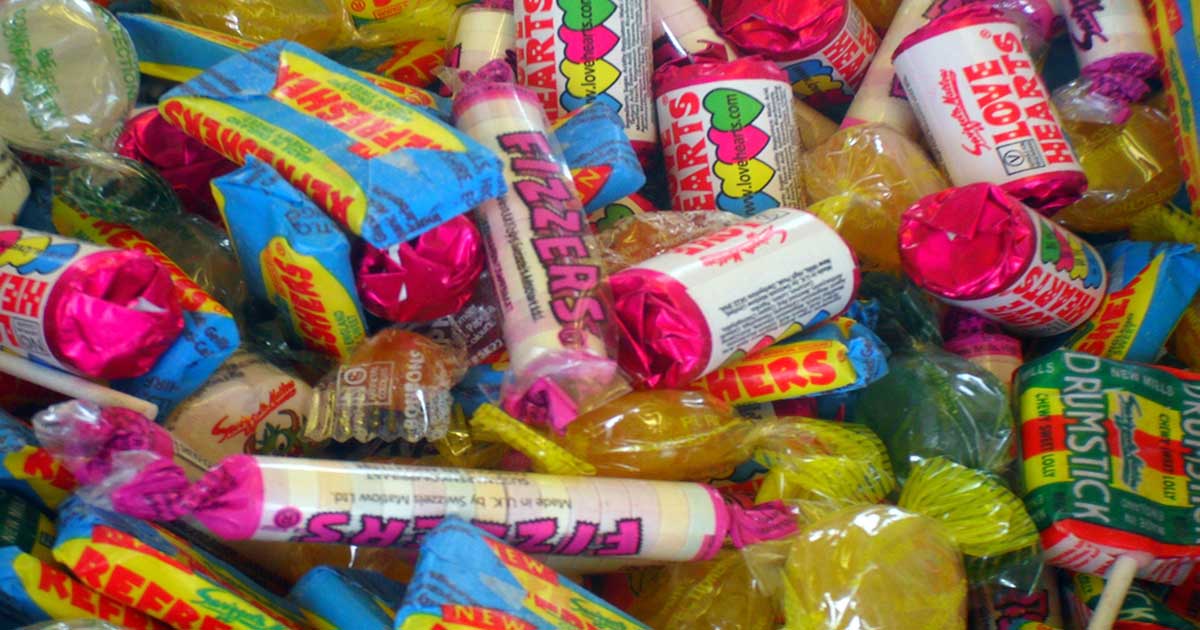 Do You Remember These Nostalgic Candies From Your Youth?
Is there anything that brings you back to your childhood faster than taking a bite out of your favorite adolescent candy? Does the crinkling of a Warheads wrapper bring back ...
click here to read more
Advertisement - Continue reading below
Share  On Facebook