FORT MEADE, Md. (Reuters) – A Guantanamo Bay detainee took the witness stand on Thursday to back up claims by a suspected Sept. 11 plotter who said guards at the U.S. prison used noises and vibrations to torment him.

Yemeni defendant Ramzi bin al Shibh testified in February that electronic devices hidden inside his cell were used to produce tremors and banging noises, disrupting his sleep for years. Prosecutors responded by questioning his mental state.

“Shibh told me that he’s got a problem … and I have the same problem that he’s got,” Guleed Hassan Ahmed, 43, a Somali inmate at the U.S. Navy prison in Cuba, said during the pre-trial hearing.

“They have mental torturing in the Camp Seven,” said Ahmed, who lives with Bin al Shibh in Camp Seven, the secret part of the prison where former Central Intelligence Agency captives are held.

Bin al Shibh is among five men being tried for conspiring to help hijackers slam airliners into New York’s World Trade Center, the Pentagon and a Pennsylvania field on Sept. 11, 2001. Almost 3,000 people died in the attacks.

Speaking in broken English, Ahmed described vibrations in his cell floor, a constant “stinky smell” and noises that sounded “like someone on the roof … hitting hammer.”

Prosecutor Edward Ryan accused Ahmed of lying and questioned him on his disciplinary record at the prison. He has been held at Guantanamo Bay without charges since 2006.

“Do you remember the time you spit out a food tray slot at a guard?” asked Ryan.

“Yes, I did,” replied Ahmed. “If you were there in the camp, you would do the same.”

Testimony from another detainee, Abu Zubaydah, was postponed because of concerns that he might reveal sensitive information. Zubaydah, a Palestinian, has not been seen publicly since his CIA capture in 2002.

Defense attorneys called Ahmed and Zubaydah to testify in an attempt to prove that prison staff have ignored a 2013 court order to stop harassing Bin al Shibh. Guards have denied the abuse allegations.

There are 80 prisoners still at the Cuban base, mostly from Yemen.

Reuters monitored the proceedings over closed-circuit television from a media center at Fort Meade, Maryland outside Washington. 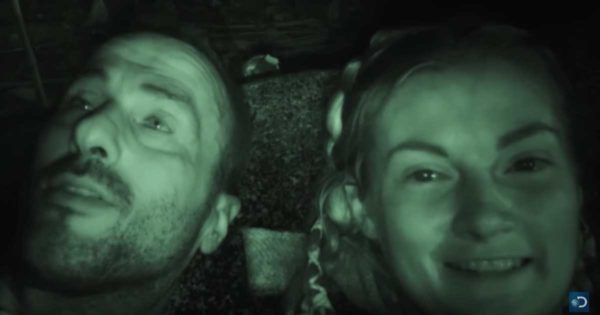 Behind the Scenes of Discovery Channel’s ‘Naked and Afraid’
Discovery’s Naked and Afraid has become a ratings juggernaut for the cable channel. For those who know the premise, it’s easy to understand why. Millions of viewers tune in every week to ...
click here to read more
Advertisement - Continue reading below
Advertisement - Continue reading below
Share  On Facebook