When Eastern State Penitentiary opened on October 25, 1829, it represented the world’s first true penitentiary. The prison was unique because of what was called the “Pennsylvania system,” in which separate confinement was encouraged, and the warden was legally required to visit every single inmate on a daily basis.

The prison stood in direct opposition to the New York System in which prisoners were forced to work together in silence and could be subject to physical punishment.

To filter out noise, prisoners were allowed to enter and exit through metal doors that were then covered with heavy wood to filter out sounds. The halls of the building were designed to feel like a church.

We could describe the facility all day long but it would be better to show off its many rooms and oddities.

The cells were lonely structures that allowed in natural light through the roof. There were no creature comforts, only a simple bed and the solid door that made the cells feel more like solitary confinement than a current day cell.

There’s a lot of overcrowding these days that have left many prisoners stacked two or three to a small cell. At the Eastern State Penitentiary, prisoners had a little bit more room to spread out on their own.

Even today the penitentiary’s structure is a beautiful example of the architecture of the time.

While there were many doors facing next to and in front of each other, prisoners couldn’t easily communicate with each other because of the solid metal and wood doors that secured their cells.

The prison housed some very notable criminals including Willie Sutton and Al Capone in 1929.

In the 19th century it was a tourist destination for such notables as Charles Dickens and Alex de Tocqueville. Visitors could speak to prisoners through their cells but family and friends were not allowed during their stay.

The massive structure may seem like the type of place where you would house the worst-of-the-worst prisoners, but in its earliest days it was filled mostly with pretty criminals who had committed crimes such as pickpocketing, burglary, and purse-snatching.

First-time offenders often served two years behind bars for their crimes, regardless of the severity of those offenses.

The Penitentiary was intended to move the criminal toward spiritual reflection and change.

Physical and psychological torture were regularly used to make prisoners “reflect” on their wrongs. It wasn’t uncommon to douse prisoners with water in the middle of the winter and strap them into chairs with tight leather restraints for days on end.

Over the years the prison has deteriorated but is now being maintained as a tourist destination.

The structures gargoyle looks prepared to keep bad guys from making their escape.

Some historians believe the doors were so small in cells because it forced prisoners to bow while entering their cell. It was a way of reminding prisoners to give penance. The single glass skylight in their cells represented the “Eye of God.”

If might not look like it in this photo, but cells were very advanced for the time. Inmates has access to running water and a flush toilet. The curved pipes along part of one wall acted as central heating during the winter months. Hot water ran through the pipes to create a reasonable about of heat for inmates.

While prisoners had access to toilets, they were only flushed twice a week by a remote flush switch that was controlled by the guards.

Here are a few more outdoor views from the prison.

The City of Philadelphia purchased and numerous proposals for the location have been proposed, including a mall and a luxury apartment complex surrounded by the old prison walls.

When it was abandoned in completely in the 1980s, a “forest” grew up in the prison and many stray cats made their home in the structure.

The remains of the barber shop. Wikipedia

Today, Eastern State Penitentiary is a museum and historic site that is opened year round. The prison offers guided tours and self-guided tours which are narrated by actor Steve Buscemi. A scavenger hunt is also available for children.

The Invasion of Mother Nature

It’s still a beautiful structure in its own right.

Over the years the prison grew to accommodate a growing number of incarcerated prisoners. The long and dark sprawling hallways are a sight to behold.

Perhaps the most creepy of all the prison’s images are that of death row, where only the most dangerous prisoners were sent to live out their last days.

If you want to experience a truly unique part of American histor,y be sure to stop by the Eastern State Penitentiary — before it’s turned into a mall or apartment buildings. 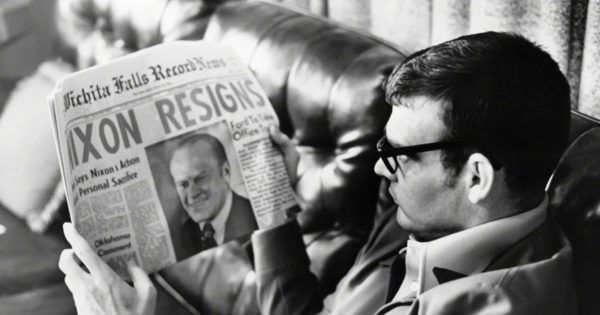 Surprising Things You Never Knew About US Presidents
Any time a new president takes office, different sides of them are exposed to the public, whether or not those are favorable is another story. In the age of the ...
click here to read more
Advertisement - Continue reading below
Share  On Facebook

The Deadly Dancing Plague Of 1518

Where Are the Stars of the ‘Harry Potter’ Films Today?