The buildings were constructed in the Spanish Revival style with large windows, balconies, and verandas. These open spaces were more than just stylistic designs, though. The hospital was built at a time when the main treatment for tuberculosis patients was sunshine, fresh air, and basic medicines.

Today, the abandoned mental hospital is closed to the public. It is filled with asbestos, supposedly haunted, and will probably be torn down someday. However, the sprawling grounds around the hospital are now a public park. Trespassing is prohibited, but that doesn’t stop everyone, even with an 8-foot chain-link fence surrounding the old building.

There are still some ghost hunters who sneak out to the building at night to try and find signs of paranormal activity. One blog noted that many of the paranormal incidents haven’t been documented or verified by experts. But that doesn’t stop the stories from circulating. According to the blog, the stories include “the physical presence of former patients looking out of the windows, orbs of light appearing mostly on the second floor, and voices heard echoing down the hallways and utility shafts.” The blogger did his own investigation one night that he suggests proves the ghost rumors. Still, his investigation was technically illegal since trespassing is not allowed in the abandoned hospital.

Trespassing has been a major issue for the Stark County Park District, which acquired the abandoned building and surrounding property from Stark County commissioners in 2009. Despite warning signs and the fence, several people have been arrested for entering the old building. According to IndeOnline, the majority of these trespassers are high school or college students, according to county park police. Police chief Dan George noted that trespassing is a safety issue, because “the building is in poor shape and people are scaling the outside of the building.”

YouTube user Jarrod Bolon understood the trespassing violation and took a different approach to viewing the abandoned hospital. Bolon recently flew a drone over the abandoned building to get unique footage of the supposedly haunted building.

The video shows sweeping views of the buildings and surrounding landscape. Bolon’s video also shows close-ups of parts of the building, including the verandahs and balconies. The YouTube user didn’t enter the abandoned building with the drone, but he still captured some unique film.

The drone footage doesn’t appear to show any ghosts in the building, but it’s still haunting because of Molly Stark Park’s history as both a tuberculosis hospital and later a mental hospital. If you want to check out the abandoned Ohio mental hospital, make sure you enjoy the haunting view from afar, instead of risking a trespassing violation. 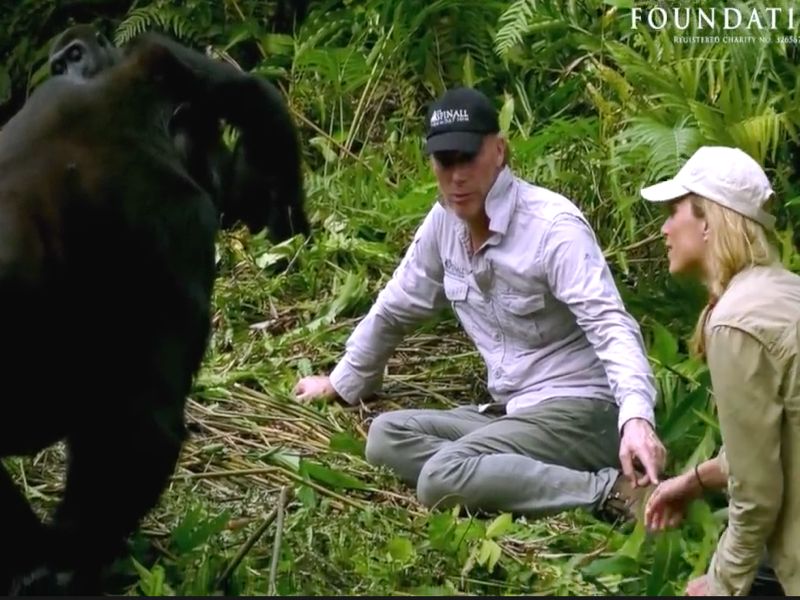 Zoo Keeper Introduces His Wife to Orphaned Gorillas and Things Take a Surprising Turn
All the way back In 1956, John Aspinall, a gambling club host, founded what would eventually become the Howletts Zoo, first occupied by a capuchin monkey, two Himalayan brown bears, ...
click here to read more
Advertisement - Continue reading below
Share  On Facebook