NEW YORK (Reuters) – Jonathan Pollard, a former U.S. Navy U.S intelligence officer convicted of spying for Israel, asked a judge on Friday to overturn restrictive probation conditions imposed when he was released in November after serving 30 years in prison.

Eliot Lauer, Pollard’s lawyer, argued in federal court in Manhattan that the U.S. Parole Commission had imposed arbitrary requirements that he wear an electronic tracking device and submit his work computer to monitoring.

Those conditions were based partly on the grounds that Pollard could still disclose government secrets, which Lauer called inconceivable as his client would need to remember classified information from more than 30 years ago.

“The information is ridiculously stale, and it’s the type of information that no human being could reasonably recall,” Lauer told U.S. District Judge Katherine Forrest.

By leaving the computer restriction in place, Lauer said Pollard was being prevented from taking an investment firm job.

But a prosecutor pointed to a letter by U.S. Director of National Intelligence James Clapper stating that documents compromised by Pollard remain classified at the levels of “top secret” and “secret.”

“They do pose a current harm to national security if they are disclosed further,” Assistant U.S. Attorney Rebecca Sol Tinio told the court.

She also said the commission rightly concluded Pollard was a flight risk given he had repeatedly expressed the wish to move to Israel, where his wife lives. Pollard was granted Israeli citizenship in prison and Israel had long pushed for his release. As part of his parole, Pollard must remain in the United States for five years.

Forrest said she planned to rule within four weeks.

Pollard, 61, pleaded guilty in 1986 to conspiracy to commit espionage in connection with his providing Israeli contacts hundreds of classified documents he had obtained as a Naval intelligence specialist in exchange for thousands of dollars.

He was sentenced in 1987 to life in prison. After serving 30 years, which included time in custody following his 1985 arrest, Pollard was released on parole on Nov. 20 from a federal prison in North Carolina and now lives in New York.

Friday’s proceedings were the second time Pollard challenged his parole conditions in court.

In December, Forrest ordered the U.S. Parole Commission to provide further justification for the tracking device and computer monitoring. The commission in March upheld the conditions while providing further reasoning. 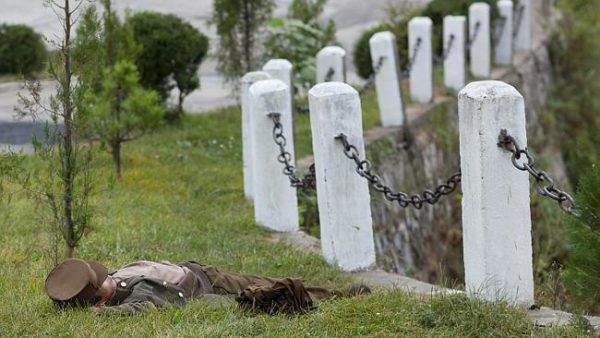 Celebrities With the Most Surprising College Degrees

Obama defends Kaepernick’s right to protest even if message obscured