By Duff Wilson and John Shiffman

WASHINGTON (Reuters) – Key members of the U.S. Congress said Friday they had reached a compromise to shift more than $1 billion to try to keep struggling families together, including those with babies born dependant on opioids.

The proposal is driven in part by an opioid crisis that threatens thousands of families. The bill would allow mental health, substance abuse and parenting assistance whenever a child is deemed at “imminent risk” of entering foster care. The measure also offers support for relatives who unexpectedly assume responsibility for a child when a parent cannot.

Under current law, such funds may only be spent after a child enters foster care. A spokesman for the Child Welfare League of America, John Sciamanna, called the proposed change “a landmark…, potentially historic.”

The legislation involves more than $1 billion over 10 years. Related opioid bills have not included funding.

“This bill would make a historic shift in child welfare funding by offering a way for moms and dads to get help and treatment rather than pitching in only after children are removed from home,” said Sen. Ron Wyden, the ranking Democrat on the Senate Finance Committee.

The bill is a compromise between four powerful members of Congress: Wyden; the Senate Finance committee’s Republican chair, Orrin Hatch of Utah; the Republican chair of the House Ways & Means Committee, Kevin Brady of Texas; and the ranking Democrat on Ways & Means, Sander Levin of Michigan.

The plan offers “bipartisan solutions for families and children affected by the opioid addiction crisis,” Hatch said in a statement.

In December, a Reuters investigation revealed that at least 110 babies had died since 2010 after being born opioid-dependent and sent home with parents ill-prepared to care for them. No more than nine of the 50 U.S. states followed a federal law requiring them to help those newborns, the news agency found.

In response to the Reuters series, the U.S. Department of Health and Human Services asked all states to report by June 30 whether and how they are following the existing law, known as the Child Abuse Prevention and Treatment Act. In May, the House passed legislation to improve safety planning for children born dependent on opioid drugs.

Reanne Pederson of Devils Lake, N.D., one of the women portrayed in the Reuters series who accidentally smothered her newborn in bed while on drugs, said she was happy to hear about new funding possibilities.

“It’s important to me that moms who are struggling with addiction get help,” she said. 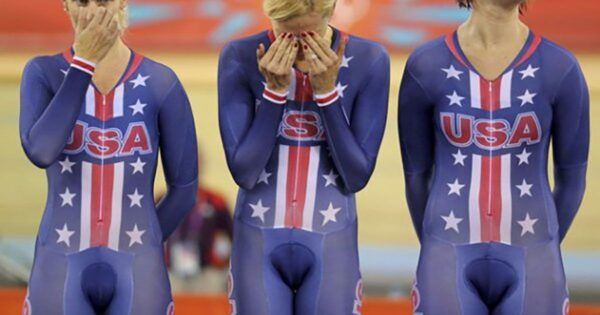 Hilarious Olympic Uniform Fails
On your mark! Get set! Fail? Olympic uniforms are generally meant to portray pride for one’s country. Usually they are fashionable and make an impression to beautifully represent their home ...
click here to read more
Advertisement - Continue reading below
Share  On Facebook