WASHINGTON, Feb. 28, 2017 /PRNewswire-USNewswire/ — The CDFI Coalition, a broad group of more than one-hundred community development lenders and investors serving America’s low-income communities, expressed concern today about the soon to be released “skinny” budget from President Trump. The New York Times reported that the President’s plans would “all but eliminate” the Community Development Financial Institutions (CDFI) Fund.

“We were disappointed to read these press reports, and we hope they are premature,” said James R. Klein, President of the CDFI Coalition. “The communities that receive financial assistance through the CDFI Fund are precisely the communities President Trump seeks to help, including hollowed out inner-city neighborhoods and economically distressed rural communities.”

CDFIs are specialized community-based financial institutions with a primary mission to promote economic development by providing financial products and services to people and communities underserved by traditional financial institutions, particularly in low-income communities. The report on the potentially devastating reduction in funding for CDFIs comes the same day as some 200 CDFIs are gathered in Washington, DC for the CDFI Coalition’s annual conference.

The CDFI Fund is an innovative federal agency within the Treasury Department, established to promote community development in distressed rural and urban communities by increasing the availability of credit, investment capital and financial services available. Since 1994, the CDFI Fund has awarded more than $2.4 billion on a competitive basis to CDFIs. These organizations then leverage twelve dollars in private sector capital for every dollar of federal support, creating a substantial impact in the communities where they are deployed in terms business growth and job creation. The CDFI Fund also manages the New Markets Tax Credit program and the CDFI Bond program, which together deliver billions in annual investment to low-income communities.

Last year, CDFI Fund awards supported the creation of tens of thousands of jobs, financed more than 11,000 businesses, supported the creation of 33,000 affordable housing units. Elimination of the CDFI Fund would deprive low-income communities of billions in financial services that help communities and businesses grow and thrive. From the Louisville, KY barber who dreamed of owning his own business to the Arkansas town that wanted to save its largest private employer, CDFIs are filling making a difference for communities left behind. 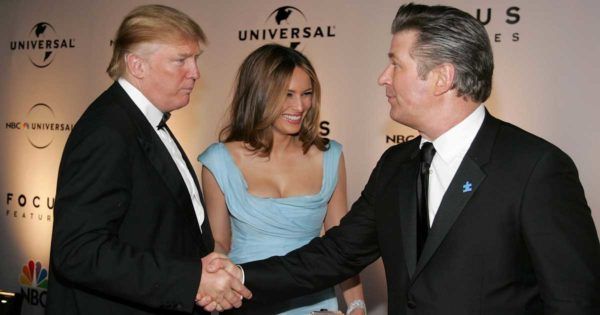 Celebrities Who Donald Trump Mingled With Before He Was President
Before Donald Trump was elected the 45th president of the United States, he was best known as a businessman, a real estate mogul, and a television personality famous for two ...
click here to read more
Advertisement - Continue reading below
Share  On Facebook

Inside the Life of Country Music Legend Reba McEntire