LOS ANGELES (Variety.com) – What had been a troubled U.S. summer box office is ending on an upbeat note as Sony’s horror-thriller “Don’t Breathe” dominated the four-day Labor Day weekend with $19.6 million and “Suicide Squad” crossed the $300 million mark.

With Monday marking the final day of the season, the summer box office is running about dead even with the last year’s $4.48 billion, according to comScore. The 2016 season had 123 days, while last year’s had an extra week.

The total is 5.5% behind the 2013 summer record of $4.75 billion. But it’s also a remarkable turnaround from earlier this summer when a parade of underperforming tentpoles (“Alice Through the Looking Glass,” “Independence Day: Resurgence”) had put a damper on the season.

As of July 31, summer box office had totaled $3.33 billion and was down 4.8% from the 2015 box office at the same point. But one of the strongest Augusts on record, led by Warner Bros.’ “Suicide Squad” and bolstered by “Don’t Breathe,” Sony’s “Sausage Party” and STX’s “Bad Moms,” brought the business back to life, noted Paul Dergarabedian, senior media analyst with comScore.

“With only the second billion-dollar August in history (and one of the highest-grossing summer seasons on record), the fact is that going to see a movie in a movie theater remains a powerful draw and a tradition that transcends the reviews and weekly box office analysis,” he said. “Audiences just want to go to the theater, grab some popcorn and sit in an air-conditioned communal environment and a watch a movie for a couple of hours; this remains a hard habit to break and a compelling outside-of-the-home option for entertainment.”

The strong August portends a potentially powerful final four months of the year with Warner Bros. opening “Sully” this weekend amid critical raves for the Tom Hanks drama. Other upcoming titles with break-out possibilities: MGM-Sony’s “The Magnificent Seven,” Sony’s “Inferno,” Warner’s “Fantastic Beasts and Where to Find Them,” Universal-Illumination’s “Sing” and Disney’s “Rogue One: A Star Wars Story” and “Doctor Strange.”

“Don’t Breathe,” which is playing at 3,051 sites, more than doubled the combined total of the two new entries — Disney’s period romance “The Light Between Oceans” with $5.9 million at 1,500 locations and Fox’s “Morgan” with $2.4 million at 2,020 theaters. “Don’t Breathe” has taken in $55 million in its first 11 days and is already in profit for Sony, thanks its price tag of less than $10 million.

The tale of a home-invasion burglary gone bad declined only 26% from its opening weekend with the extra day. It’s the latest in a long line of strong performers in the horror category this summer, including two New Line entries — “The Conjuring 2” and “Lights Out” — Universal’s “The Purge: Election Year” and Sony’s “The Shallows.”

Warner Bros.’ fifth weekend of “Suicide Squad” showed impressive staying power in second place as it increased by 4.5% with $12.8 million. That was enough for the supervillain tentpole to top the $300 million mark on Monday, making it the eighth 2016 title to do so.

“Don’t Breathe” and “Suicide Squad” pushed the overall Labor Day box office to $126 million, up $9 million from a year ago when the second weekend of “War Room” led with $13.4 million.

Disney’s “Oceans” premiered Thursday in competition at the Venice Film Festival. Starring Michael Fassbender, Alicia Vikander and Rachel Weisz, the film is the final DreamWorks title being distributed by Disney through its Touchstone label with future DreamWorks movies going out through Universal.

“The Light Between Oceans,” which carries a $20 million production budget, is directed by Derek Cianfrance from his own script based on the M.L. Stedman novel. Fassbender plays a World War I veteran who becomes a lighthouse keeper in Australia, marries a local woman portrayed by Vikander and reluctantly agrees to raise a baby who mysteriously washes ashore in a boat.

Two Lionsgate titles rounded out the top 10 with $5.6 million each — the fourth weekend of critical favorite “Hell or High Water,” starring Jeff Bridges and Chris Pine with an expansion to 1,303 sites, and the second weekend of “Mechanic: Resurrection.”

The Weinstein Company’s expansion of boxing drama “Hands of Stone” was nearly invisible with a mere $1.6 million at 2,011 locations for a per-screen average of $800 and an 11-day total of $4 million. 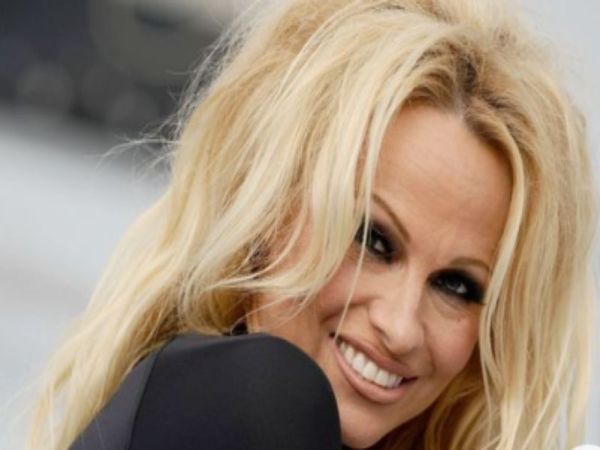 We Bet You Had No Idea That These Celebrities Don’t Eat Meat
It’s difficult to understand the magnitude of the human experience, isn’t it? Over time and through countless experiences, our bodies and minds develop into organic powerhouses – capable of feeling, ...
click here to read more
Advertisement - Continue reading below
Share  On Facebook

Actor Ewan McGregor admits to nerves in debut as director

US Habits People in Other Countries Find Totally Weird