The yearbook photo of Bayan Zehlif, a student at Los Osos High in Rancho Cucamonga who is seen smiling above a caption with the name “Isis Phillips,” came to light after she posted a picture of it on social media on Friday.

The Los Angeles Times reported that District Superintendent Matthew Holton said Zehlif was incorrectly identified as another student whose name really is Isis. Reuters could not reach Holton for comment.

Nearly 300 yearbooks were distributed to students before the erroneous photo caption was discovered, said representatives for the Chaffey Joint Union High School District, which oversees the school about 45 miles (70 km) east of Los Angeles.

School officials asked students who received those yearbooks to return them so they could be corrected with a sticker affixing the student’s correct name to the photo.

Officials at the school, which has more than 3,000 students, had withheld the majority of the yearbooks and those also are being fixed, representatives said.

The student has disputed contentions from school officials that the caption was a “misprint.” Muslim advocacy group the Council on American-Islamic Relations has said the incident should be investigated for any possible bias.

ISIS, a name often used to refer to the militant group Islamic State that controls swathes of Iraq and Syria, has claimed responsibility for attacks in Paris and Brussels and a number of other countries.

Last year, a couple said by U.S. authorities to have been inspired by Islamic State killed 14 people at a holiday party in San Bernardino, which is less than 20 miles (32 km) from Rancho Cucamonga. They later died in a shootout with police.

Hussam Ayloush, executive director of the Los Angeles chapter of the Council on American-Islamic Relations, said in a statement over the weekend the organization and the student’s family were worried about the girl’s safety as a result of being falsely labeled as a member of ISIS. 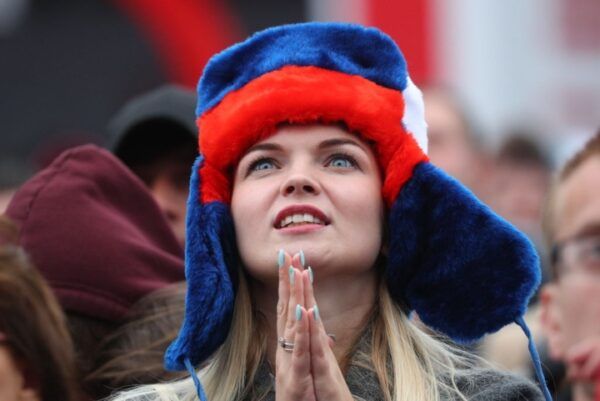 Fascinating Facts About You Never Knew About Russia
Mention Russia and a number of things come into your head — nesting dolls, vodka, furry hats, or maybe annexations of sovereign states. Because it’s so large, there are bound ...
click here to read more
Advertisement - Continue reading below
Share  On Facebook

Dishonest People Who Were Caught Faking it on Social Media

Hilarious Headstones That Had Us In Stitches