LONDON (Reuters) – A British man detained in the United States for allegedly trying to wrestle a gun from a police officer at a Donald Trump rally is suffering from severe mental illness and risks dying in prison, his mother said on Tuesday.

Michael Sandford, 20, is due to face trial in Nevada on Aug. 22. He has pleaded not guilty to two felony counts of being an illegal alien in possession of a firearm and one felony count of impeding and disrupting the orderly conduct of government business.

His mother, Lynne Sandford, told a news conference in London that her son, who has been diagnosed in the past with autism, depression and other mental health conditions, had been on suicide watch in a Nevada prison for the past three weeks.

She portrayed her son as a compassionate, child-like man who enjoyed watching “Peppa Pig”, a British children’s television program, and who was bewildered and frightened by his incarceration.

She said her son had attempted to take his own life when he was 14 years old and was suffering from anorexia.

Michael Sandford was arrested after an incident at a Trump rally at the Treasure Island hotel in Las Vegas on June 18, and later told an investigator he wanted to kill the Republican presidential candidate, according to U.S. court papers.

He has not been charged with attempted murder.

“I accept that Michael has tried to do a bad thing but he is mentally ill and is not a bad or dangerous person,” said his mother, adding that she had last spoken to him on the phone on Sunday.

“He kept breaking down and sobbing on the phone, saying ‘please, please, I just want to come home’. He’s very remorseful … He’s just in a really bad way,” she said.

Sandford has launched a campaign to have her son repatriated to Britain so he could be treated in a secure medical facility. She has raised $25,950 through the crowd-funding website Crowd Justice to pay for legal and other expenses.

She said a British consular official who had visited her son in prison had reported that he was shackled and handcuffed.

“It’s not clear that Michael actually understands what he has done,” said Saimo Chahal, the family’s British lawyer, speaking alongside Lynne Sandford.

“Because of his Asperger’s, OCD (obsessive compulsive disorder) and other psychological conditions there is a question mark over whether he’s fit to plead and to undergo the trial process in the States,” she said.

Chahal said she was working to provide the public defenders’ office in Nevada with independent evidence of Michael Sandford’s mental illness.

She expected the trial to be postponed by at least 56 days initially to allow time for that. She hoped a trial would not happen and that Sandford would be repatriated to Britain as part of a plea bargain agreement. 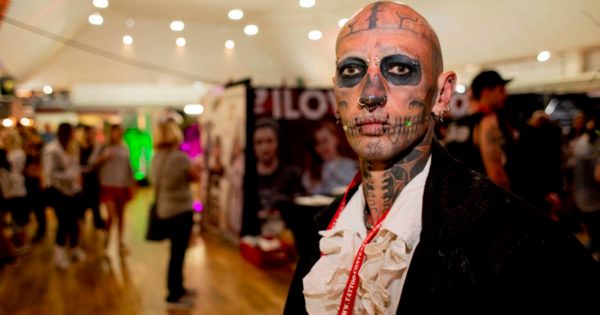 These Are the Most Regrettable Tattoos of All Time
Getting a tattoo is a commitment with permanent consequences. These daring individuals risked it all by putting ink where the world could see. With the press of the pen, they ...
click here to read more
Advertisement - Continue reading below
Share  On Facebook

The Strange Rules That Olympic Athletes Are Required to Follow