(Reuters) – Thousands of Kansas residents who signed up to vote at motor vehicle offices but were kept off the rolls by a state law requiring proof of citizenship could be allowed to cast ballots in the November general election, under a ruling on Friday by a U.S. appeals court.

Kansas’ secretary of state, Kris Kobach, a Republican who has become a national leader in pushing for voting changes, had asked the 10th U.S. Circuit Court of Appeals to place on hold a decision last month by a lower-court judge ordering the state to begin registering 18,000 residents affected by the law.

In requesting the stay, the state said the order to begin to register voters would “result in extraordinary confusion on November 8, 2016.”

The Denver-based federal appeals court, however, rejected the argument.

“We conclude that defendant-appellant has not made the requisite showing for a stay pending appeal so we deny that motion,” a panel of the appeals court said in its ruling.

The appeals court has not yet ruled on the merits of the case. It did not say when it expected it would make a decision, but it granted expedited review.

The Kansas law will not affect the state’s status as a safe Republican stronghold in November’s presidential election, but it has thrust Kansas into a national debate over voting restrictions.

Representatives for Kobach could not be reached for comment.

The ruling comes in a lawsuit brought by Kansas residents who submitted voter applications through state motor vehicle offices but failed to provide proof of citizenship.

Under a state law that took effect in 2013, they were required to present a document such as a birth certificate.

The American Civil Liberties Union, which represents the plaintiffs, argued in their lawsuit that the statute conflicts with a federal law designed to make it easier to register to vote while getting a driver’s license.

U.S. District Court Judge Julie Robinson, in her May 17 ruling ordering Kansas to begin to register more than 18,000 applicants at Division of Motor Vehicle offices who were kept off the rolls, noted that Kansas could identify only three non-citizens who voted between 2003 and 2013.

Under Robinson’s ruling, Kansas residents placed on the rolls can vote in federal but not state elections.

Kansas will hold its primaries for state and local elections in August. 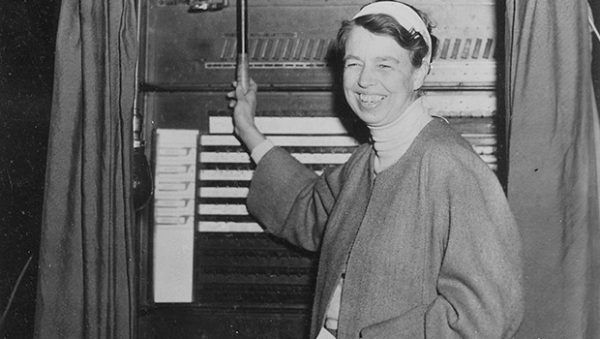 Our Picks For the Greatest Fighters in History, Ranked