Who doesn’t love shopping? What makes shopping even better is doing it in a trendy environment, and it sounds like that’s exactly what The Rozelle Tram Depot will be.

For anyone unfamiliar with what a tram depot is, they serve as storage facilities for rail-based streetcars when they’re not being used. The Rozelle Tram Depot was one of the world’s largest and most futuristic when it was initially constructed in Sydney, Australia.

The main responsibility of The Rozelle Tram Depot was overnight storage and servicing of any electric tram cars that needed it. Originally the depot was accessed by a reserved track running from Glebe and coming the Minogue Crescent.

At the peak of its performance, the Rozelle Tram Depot employed upwards of 600 employees. It also housed six historic Sydney trams, and a few of those had histories dating back to the 30’s. The years have not been kind to the depot as it has remained completely abandoned since its closure on November 22, 1958. Even the lines connecting the system to the depot were removed, and now the Rozelle Tram Depot sits isolated and unused.

After the Depot was closed, the remaining location was rented by numerous businesses from 1960 onwards. These businesses included the Commonwealth Handling Equipment Pool (CHEP), which also used the location for storage, but not of trains. They mainly stored their forklift trucks, low loaders, and cranes in the location. After CHEP leased the location, the Sydney City Council and the City Tram Associated subsequently leased it.

Before the year 2000, some train carriages remained in almost perfect condition. Unfortunately, they were then vandalized with graffiti and stripped of materials. In January 2015 the last tram was removed from the Depot.

In 2016 the location will transition from its previous title of Rozelle Tram Depot and open up as glamorous and trendy The Tramsheds Shopping Centre. Sydney’s heritage will be preserved in the brick appearance and sawtoothed roof, but beneath will be a state-of-the-art shopping centre.

Planned to be one of the key centerpieces in the Harold Park redevelopment, the Tramsheds Shopping Center will possess market food halls, a community scale supermarket, boutique retailers, restaurants, cafes, a gymnasium, and 500 square meters of community space which will be dedicated to the City of Sydney Council. Over 150 cars will be accommodated in the centre’s parking.

Once completed, the Tramsheds will be a favorite destination for all residents of Harold Park as well as the surrounding area. The community will be able to come together and enjoy a cutting edge facility while also appreciating the history of the building in this 7,500 square meter development next to the Harold Park Raceway. 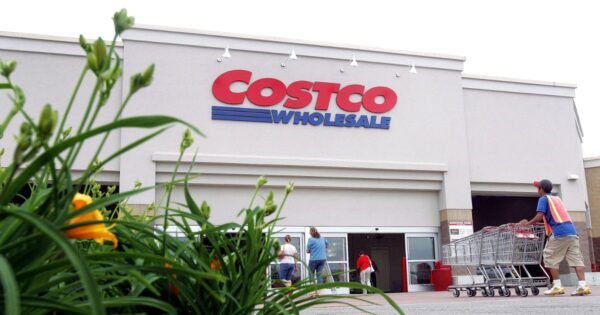 We Bet You Don’t Know These Fascinating Facts About Costco
Costco has drawn shoppers in from all around the country, creating a loyal brand of customers. The massive retail warehouse plays by its own rules and continues to set the ...
click here to read more
Advertisement - Continue reading below
Advertisement - Continue reading below
Share  On Facebook

The Highest Paid Actors For A Single Role