WASHINGTON (Reuters) – A bipartisan group of U.S. senators renewed an effort on Tuesday to shift the military’s handling of sexual assault cases from top commanders to independent prosecutors, insisting that the current system has left victims too fearful of retaliation to report crimes.

Senator Kirsten Gillibrand, a Democrat who has fought to overhaul the system for three years, introduced the legislation as an amendment to the National Defense Authorization Act, or NDAA, a must-pass annual bill that sets policy for the Pentagon.

The measure failed to pass the Senate in March 2014, though Gillibrand, who sits on the armed services committee, said those votes were cast amid “false and misleading information” the Pentagon used to bolster its own argument.

“We know far more now about the extent of the military sexual assault problem than we did a year ago, and it’s clear that nothing has changed,” Gillibrand said at a news conference alongside both Democratic and Republican senators.

The current system requires military commanders to handle sexual assault cases within the ranks. Supporters of the bill say the system is flawed because commanders can be unwilling to prosecute such cases and victims, fearing retaliation, are often afraid to report them.

Top military leaders at the Pentagon contend that prosecutions must remain with commanders to maintain good order and discipline.

“Nobody should be forced to go to their boss to report a rape,” Republican Senator Rand Paul said.

The bill failed by 55-45 in 2014. Gillibrand said she has attempted to contact every senator who previously voted against the bill and is “very hopeful” the measure will this time gain the 60 votes needed to advance in the Senate.

She said the bill has not gotten support from Republican Senator John McCain, the chairman of the armed services committee, though she has spoken to him several times about the issue.

Samantha Jackson, who said she was raped by her husband when he was in the Army, said the military told the U.S. attorney’s office they would investigate, only to drop her case without pursuing charges.

Jackson called her treatment “a profound betrayal,” adding, “I don’t understand how the Army could fail to hold my rapist accountable.” 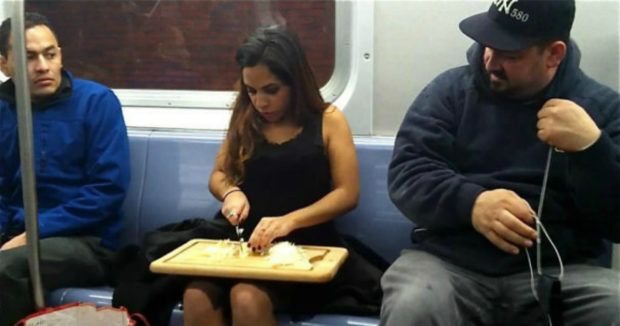 Weird Public Transportation Photos: The World’s Strangest Commuters
We all have our quirks, but sometimes we encounter people on the world’s metros who defy all human logic. These weird, funny commuter photos have captured some of the strangest ...
click here to read more
Advertisement - Continue reading below
Share  On Facebook

Catching Up With The Cast Of Coyote Ugly: 20 Years Later

These Bizarre Ocean Creatures Are Made of Nightmares